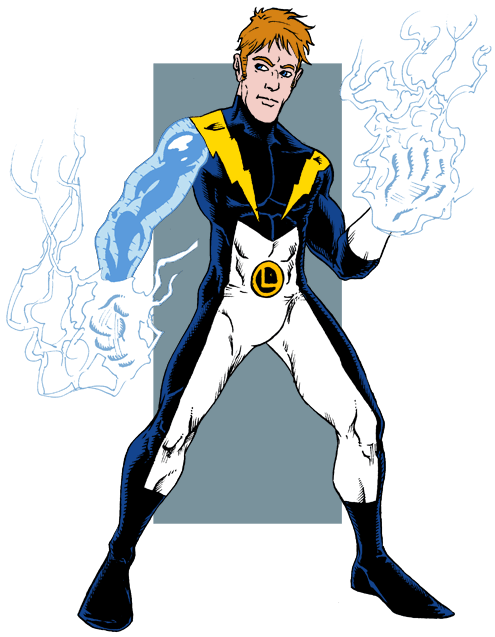 Welcome to May and my first theme month: The Legion of Superheroes!

I’ve got my list of 31 days and 31 Legionnaires to fill ’em up with. I plan on doing other theme months in the future, but we’ll see how this goes first.

As an added bonus/challenge I’m going to color all of them. It’ll mostly just be doing flats, maybe a tone, some simple effects. Nothing fancy. But the Legion is too colorful to leave ’em in B&W.

The Legion intrigues me, but I don’t know a thing about them. I’ve only ever read the original “Legion Lost” series by DnA & Oliver Coipel (whose work in that book is amazing, and much more preferable [to me] to his cleaner style he’s been using since after that comic). I liked “Legion Lost” a lot, but never went any further, forward or backward. I also was a pretty big fan of the animated series. So that said, I’m having to look up every character as I draw them. I’ll be picking and choosing elements from all their incarnations and costumes in my sketches, so die-hards, beware.

I watched Rise of the Guardians. It’s enjoyable, but not great. Just missing… something. Ultimately though, it’s fun and an original-ish idea and it’s got a message about innocence that’ll pretty much fuck me up everytime.