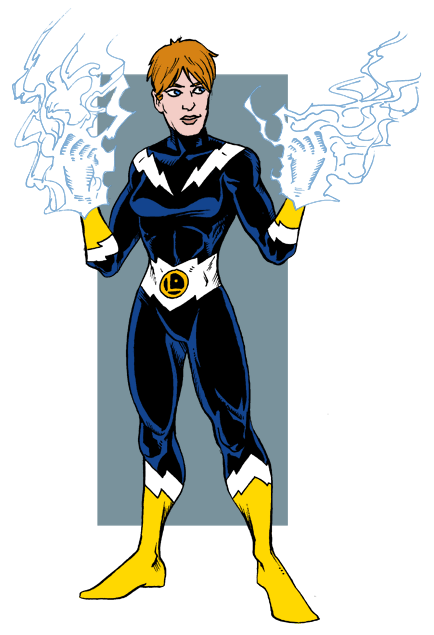 Lightning Lad’s twin sister. Sort of an amalgam of a bunch of her costumes. Since I had the Lightning Lad file open, I used the same colors. Twins and stuff.

Watched:
Frankenstein Unbound. A 1990 meta/sci-fi take on the Frankenstein story, it was the first credited movie that Roger Corman had directed in 20 years, and the last movie Roger Corman ever directed. It stars John Hurt as a time traveler who meets Mary Shelley (Bridget Fonda), Lord Byron (Jason Patric), Percy Shelley (Michael Hutchence of INXS), Dr. Frankenstein (Raul Julia) and the monster (some guy). He introduces everyone to cars and sunglasses, gives Mary Shelley the novel “Frankenstein” before she writes it – which is based on a “ripped from the headlines” news story that is actually happening, fucks Mary Shelley, helps Dr. Frankenstein build “The Bride” and then travels to the far future where the monster takes over the world. If anything I’ve just describe appeals to you in that incredible run-on sentence, please feel free to rent this movie.

All-Star Superman. To be reviewed by The View Masters. Soon.