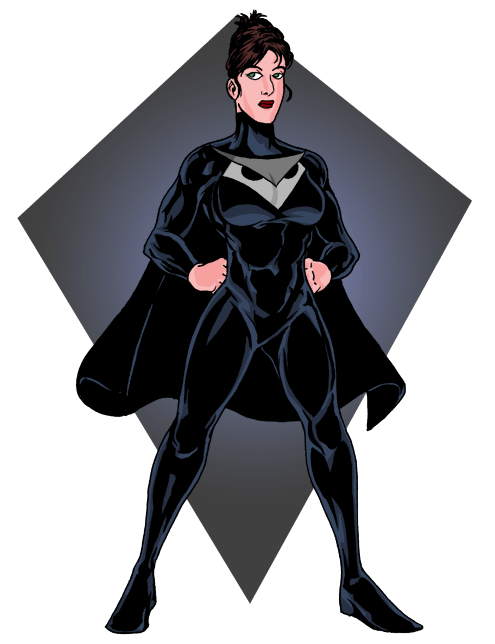 So. This is it. The final Legionnaire for “Legion of Superheroes Month”. I had never even heard of Night Girl until she was specifically requested by Jim Purcell, co-host of the fantastic Savage FINcast proudly hosted on the Gutter Trash Podcasting Network.

(In fact, you should listen to all of the wonderful shows on the Network. We’ve already mentioned Savage FINcast – your show for all things Savage Dragon and Erik Larsen related. Also check out the pop-culture chat fest The Stupid Sexy Podcast co-hosted by the delightful Kathleen Coyle; the television review show The View Masters – currently reviewing Farscape in its entirety – with the perfectly cromulent co-host Joe Grunenwald; and finally the original flavor Gutter Trash which the less said about the better something something Jason Young.)

I learned a lot this past month. I learned that I enjoy superhero names better when it’s Something “Lass” or Whatever “Lad”, etc. Almost all the Legionnaires had alternative names that I did not like one bit, which is why I used their original names where possible here. I learned that while the Legion seems fun, the continuity is a confusing mess. I usually don’t care about that kind of thing, but I don’t know of any comic property that has been rebooted as many times as the LoSH.

I learned that almost all of the characters come from planets where everyone on that planet has the exact same powers, which sort of makes it all less special, in my opinion. I learned that I still have major problems drawing women, particularly in action-y poses. Boobs are confusing. I have studied and researched these things more than anything else in the world, and yet my grasp of them is tenuous (Boom! I’m hilarious! And lonely! And single! Ladies…?). The most important thing I learned though is that I should never ever ever ever be coloring anything every day again. Once a week is fine, but every night? Uh-uh. Damn near killed me (it didn’t. I like to exaggerate. Though I’m glad I did it. The Legion should be in color.).

That said, this was a fun experiment. I’ll definitely try another theme month again. Not soon, but, y’know, soon. Thanks to everyone who encouraged, commented and put up with all this.