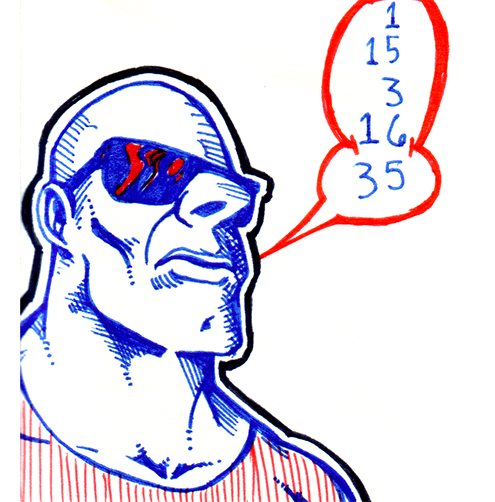 I was super excited about seeing Stoker. I tried to go see it at the theater, but was short of cash (as I usually am – I am catching up on the ones on my plate and will gladly accept more Commissions and the Etsy store is still around and you can click on my Amazon link and buy whatever you like at no extra charge and it will help me out) the day that it played at The Neon.
I didn’t know a thing about it other than it’s the first English language film by Chan-wook Park, the director of – among other things – The Vengeance Trilogy (the super-underrated Sympathy for Mr. Vengeance, Lady Vengeance, and the just as excellent as you’ve always heard Oldboy. I was on board no matter what.
It’s so good. It’s about a young girl learning some life lessons after her wacky uncle moves in. So, it’s a lot like Uncle Buck, really.
It’s beautiful and tense and disturbing and restrained all at the same time. The two leads are absolutely fantastic to watch and are able to completely draw you in at the same time repel you and make you feel dirty. Matthew Goode (Ozymandias from Watchmen) is charismatically off-putting. His role is complex and he pulls it off effortlessly. Mia Wasikowska is absolutely great. I’ve never seen or heard of her before, but she’s awesome in this. I was shocked to learn that the script was by Wentworth Miller, aka the guy with the full body tattoo of a prison layout from the show Prison Break and from more than one Resident Evil movie that wasn’t Milla Jovovich. It’s very smart and sharply written and shares a lot of the themes found in Park’s other films.
The only real weak link in this film is Nicole Kidman. Her face, actually. It doesn’t move. She expresses no emotion, but not for lack of trying. She’s so plastic-y and botoxed-up that she can literally no longer do the thing she gets paid to do. But that only explains away part of why she’s so terrible in this.

I’ve been waiting on an Uncle Buck remake for years! I was just hoping it would be by Tim Burton.