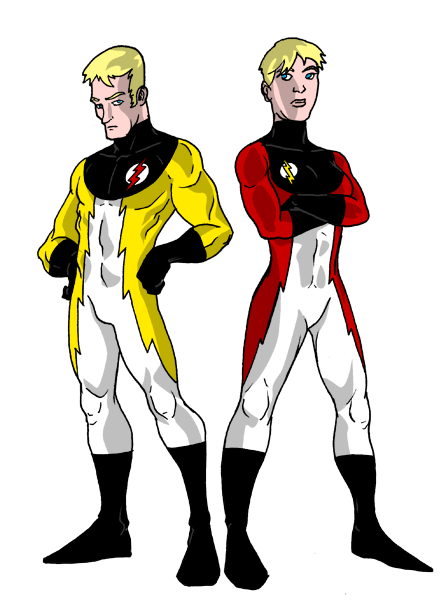 Don & Dawn Allen. Goddammit, Barry Allen is the most boring fucking character even when he names his stupid fucking kids from the future. Fuck Barry Allen. There was a reason he was dead longer than he was alive as a character. ‘Cuz Wally West is the best. Anyhoo, at some point, Barry moved to the future, got married and had kids. In the future. Then he abandoned them to return to the past to die. The kids grew up to have their own superspeed powers and shitty, shitty costumes.

I decided to change their looks to be homages to their Flash lineage rather than poofy purple dresses.