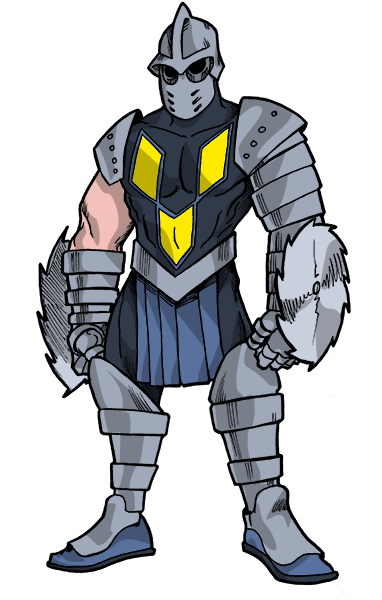 I read a short story once in an old issue of Marvel Comics Presents featuring Gladiator. It was a pretty great introduction to the character and managed to explain his entire schtick and tell a compelling story in 8 pages. He was a reformed Daredevil villain who opened a costume shop. This kid comes in and wants a custom Gladiator costume with working blades. He makes the costume but realizes the kid is going to use it to become a villain. So he dresses up in his old costume and scares the kid straight. It was good and had weird art and I loved it. Being a reformed villain, he doesn’t show up too often, but when he does, I’m always a fan.

This redesign is trying to combine the elements of his costume with that of an actual roman gladiator without hopefully being too ridiculous. I do like his normal look, but also feel like it needs some change. Mostly the colors, I think.

Last night I “watched” Ghoulies II. And by that, I mean that I slept through the majority of it. I will not be picking up where I left off on it.