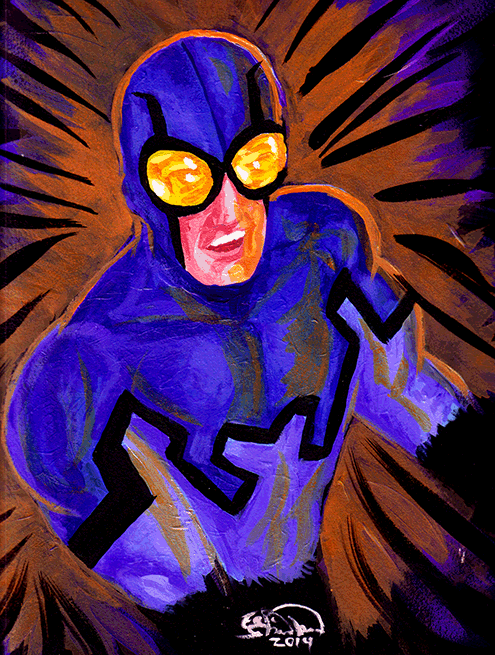 It’s Day 500! Seems like a milestone to me. So, I drew my favorite superhero, Ted Kord aka The Blue Beetle. But you knew that already. What you might not know is that today’s piece is an actual painting – hand painted – with acrylics on colourfix paper. And this is also the first thing I’ve painted in 16 years. I think 1998 – my last year at art school – was the last time I had painted anything.

Below is my progress from initial sketch, to transferring to the paper, to the flats. Everything beyond that was just experimentation until I felt it was done. I’d say that I kind of hate the final piece, but also, it’s not bad for having not done a painting in close to 20 years.