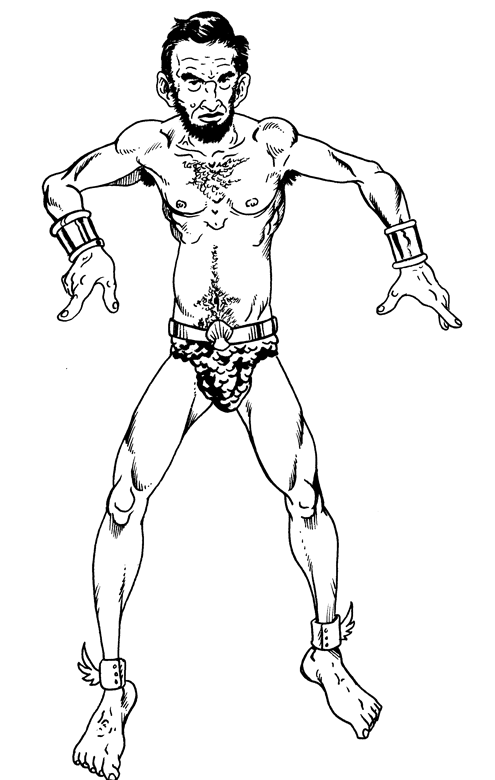 Imperious Rex! You’re about to get The Hypo!

So, I was thinking out loud about doing a theme month for October, and JB Sapienza suggested this to me, which, for lack of a better term, I will call “Cosplay Month”. I will draw fictional characters, historical figures, and possibly celebrities (of course, only those I’d feel I could draw) dressed up as other fictional characters, historical figures, or celebrities. The example, for instance – Wolverine dressed as Superman. So to start it off, I did Honest Abraham Lincoln as Prince Namor – The Submariner.

I am absolutely taking suggestions for this theme. Hit me with everything you’ve got.

Also, it’s Inktober. Which doesn’t really mean much since I draw something in ink almost everyday anyhow.