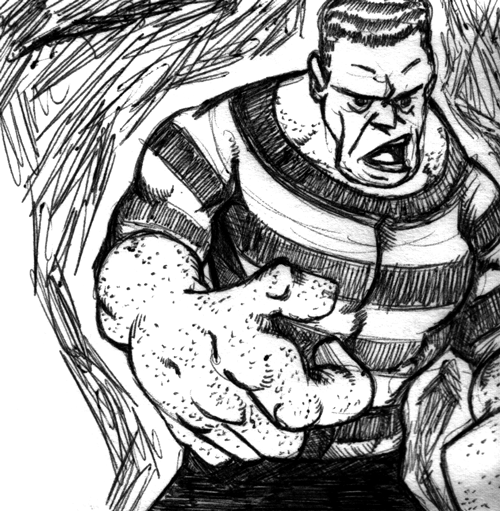 So after what feels like forever, Bambi and I finally got a date night together to celebrate her birthday and our 1 year anniversary. We both got dressed up and went to dinner and a movie. We ventured out to the local arthouse theater and saw What We Do in the Shadows. This is a fantastic mockumentary about 4 vampires from New Zealand who share a house, leading up to a big vampire shin-dig. The horror elements are light and barely there, but fun when they pop up. The rest of the movie is simply hilarious.

So, I like the Neon Movies – the aforementioned local arthouse theater. It’s small, independent and I ocassionally like to support local businesses and independent cinema. Plus, they serve beer. However, jesus fuck, it’s Downtown near the Oregon District, so, it’s a pain in the ass to get to and parking is a bitch. I don’t go often (I don’t go to many movies anymore). I think the last time I went to the Neon, I saw Tinkie Winkie Sloppy Spot starring Bummertude Corkyromano with my friends Joe & Jennie. So anyhoo, we get there, and there’s maybe 30 people in the lobby area, which is about 25 too many people. There’s just no way to not feel in the way. Finally, we get to go into the theater itself. Seriously, folks. This is place is small. The movie starts, and if anyone talks, you can hear them. So, y’know, the dude who decided to repeat AND explain all the jokes felt and sounded like he was right behind me, even though he wasn’t. If he had been, then I could have turned out and told him to shut the fuck up. Like the scene in which Jemaine Clement’s character – Vladislav – is discussing his personal history. So when dude says – out loud – Ha! Dracula! He’s Dracula! – hey, man, yeah, we got it. Shut the fuck up. And this went on for the remaining hour and a half.

I also feel, officially, like an old man. Pretty simple date night. Dinner, movie. Nothing really hectic. I feel like a rotten, shambling zombie person today. I can no longer handle being up and out past 11 o’clock. This may be the saddest moment of my life.