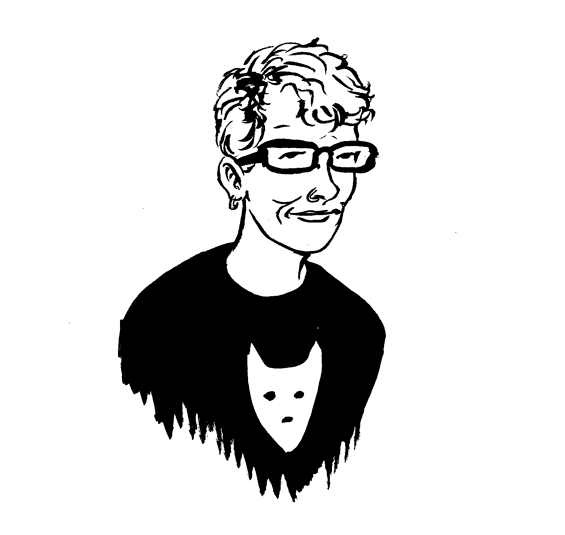 Jason Young Fortnight’s a big fan of autobiographical mini-comics. One of those is a diary comic called You Don’t Get There From Here. Guess what? I’ve never read it. But I do not particularly enjoy autobio minicomics not called Veggie Dog Saturn. But that’s just me. Anyhoo, he asked me to draw the subject of YDGTFH, the comic’s author Carrie McNinch. Y’know, an actual person. Which is weird. But, it’s his Fortnight. I didn’t want to draw her in the same style as she draws herself, so I had to try to draw an actually cartoon likeness, which is among my least favorite things to do, ever. This is probably very negative sounding to Carrie, but I don’t wish it to be. I just don’t like drawing actual people. I’m, whattayasay… bad at it. Carrie and Jason have been pen pals for a while, trading comics and art. Jason and I met Carrie briefly in Chicago a few years ago at a small press con. She seemed very nice.