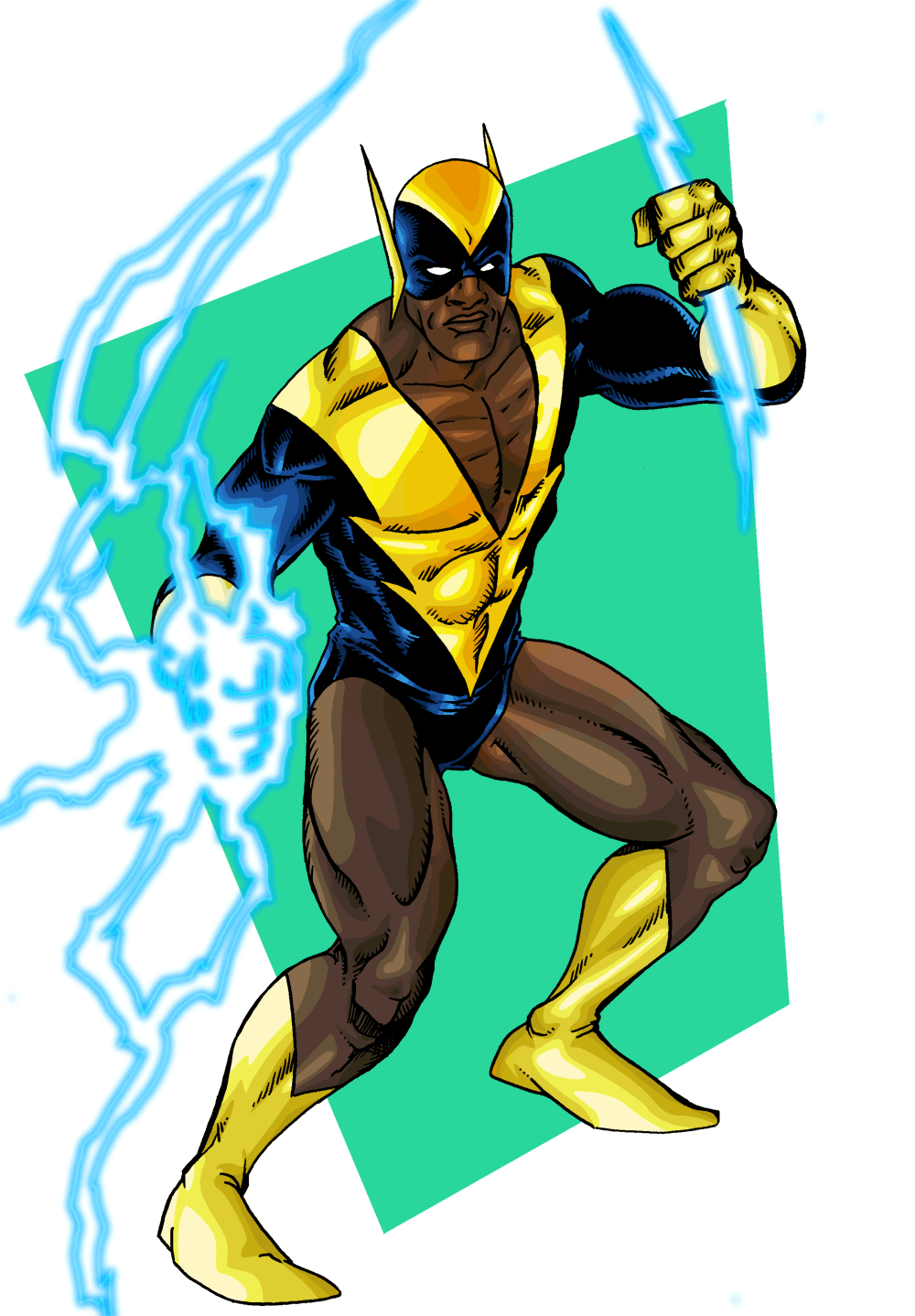 Hey, I’ve never read a Black Vulcan comic either! Jesus Christ, Jason Young Fortnight! Oh wait… Black Vulcan doesn’t exist in comics. He was a stand-in for Black Lightning on the various cartoons called the Super Friends. He was, like every other character on the Super Friends, bland and generic. However, I personally prefer to think of him from his more recent appearances on Harvey Birdman: Attorney at Law. That show is criminally fantastic. In my pants.
***
I drank coffee today for the first time in three weeks. I may be over “coffee” as a thing in my life. It was kinda disgusting.
***
The Black Sabbath song “Sweet Leaf” is about tea, right? It starts with coughing, then is soothed by the wonderful tea leaves being sung about.
***
I worked at a TV station 10 years ago. I swear to God, I remember seeing promos for EMPIRE and WAYWARD PINES back then. I mean, seriously, I remember seeing trailers for these shows YEARS AGO.
***
Hey, speaking of Terrence Howard being awful, I watched Iron Man 2 last night. That movie gets quite a bit of shit heaped upon it, but I think its only crime is that it’s just not quite as good as the first Iron Man. It’s got issues, sure, but it’s not a bad movie at all. If anything, the replacement of Terrence Howard by Don Cheadle should elevate it. Fuck dudes, Sam Rockwell is in it, and Sam Rockwell makes everything better. The weakest parts of the movie is, sadly, Scarlet Johanssen. She’s fine, and certainly fun to watch in all ways, but Black Widow is so shoe-horned into this movie, it’s ridiculous. I’d say the same for Sam Jackson’s Nick Fury, but at least he has fun stuff to say when he’s onscreen. Remove them and all SHIELD stuff, and the movie is shorter, tighter and better. Mickey Rourke as Whiplash is also pretty great, except for the fact that he’s played by Mickey Rourke and you’re constantly thinking “Hey, that’s Mickey Rourke. What the fuck happened to Mickey Rourke?” Also, the final climactic armor battle is a little overblown and overlong. So much fighting, flying and ‘sploding, it gets a bit dull. Otherwise, Iron Man 2 is a fine addition to the Iron Man and MCU franchise.

Now if you’ll excuse me, I’m going to be vibrating all fucking day because I have to wait to watch the Daredevil show on Netflix and it’s fucking KILLING ME.

P.S., in case you didn’t know – Daredevil is my favorite Marvel character. I’m also one of the three people on Earth who enjoyed the Affleck movie.