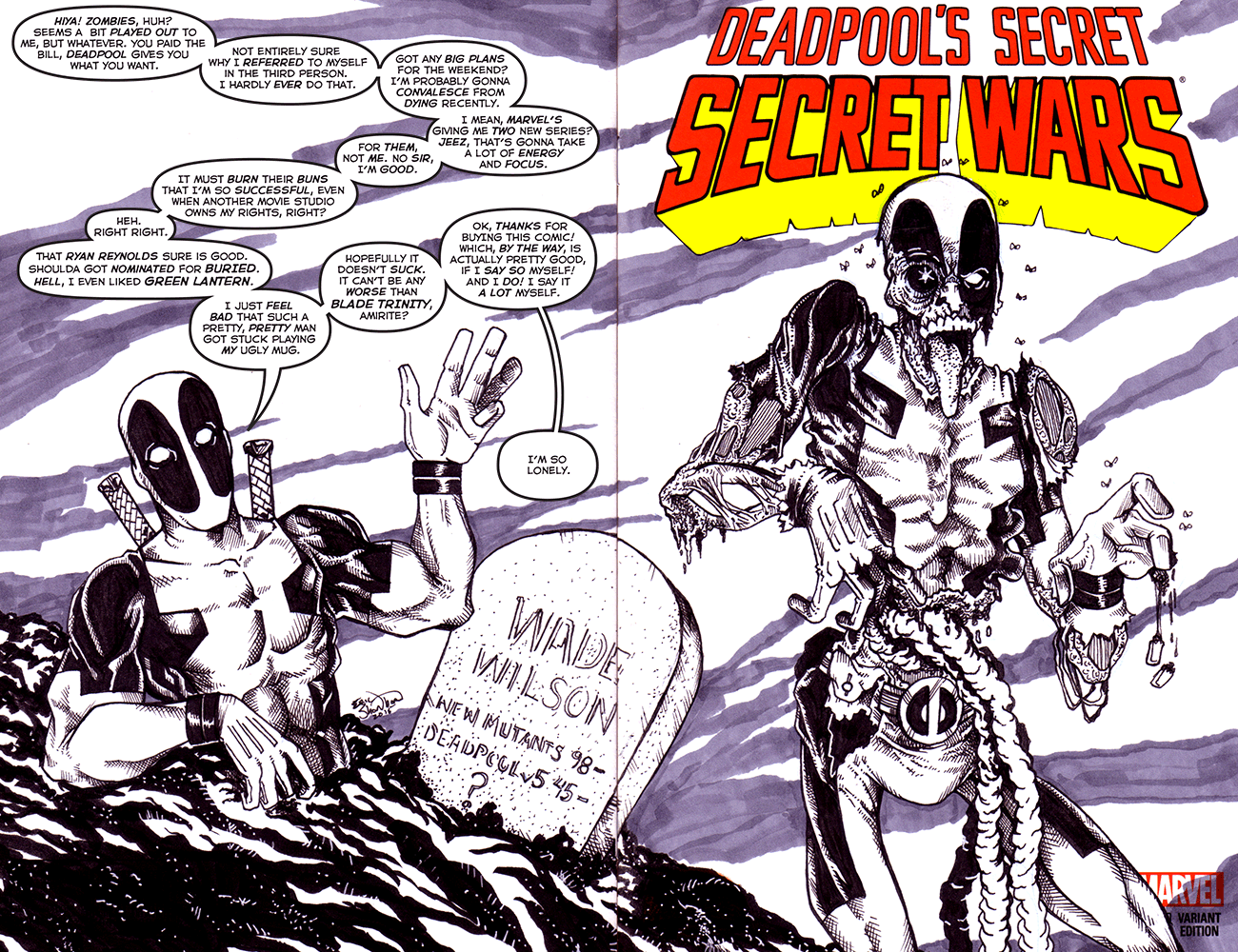 Hey, it’s Deadpool, again. Also, another commission! They wanted Deadpool as a zombie. It was fun to do. Even painting over the printed parts of the cover was kinda fun and kinda made me want to paint something. That feeling will pass.

The back cover… I decided I wanted to draw regular Deadpool too. This was before the previous Deadpool commission came around, so I decided to draw Original Flavor popping out of the grave and decided I’d write something to go with it. It is The Merc with a Mouth, after all. Once I drew it, I scanned it in, wrote and lettered the piece in Illustrator, printed out the word balloons, cut them out, and used some 17 year old Studio Tac to adhere it to the cover. I also enjoyed the writing process, even if it was just a short piece. I just hope I captured Wade’s voice.