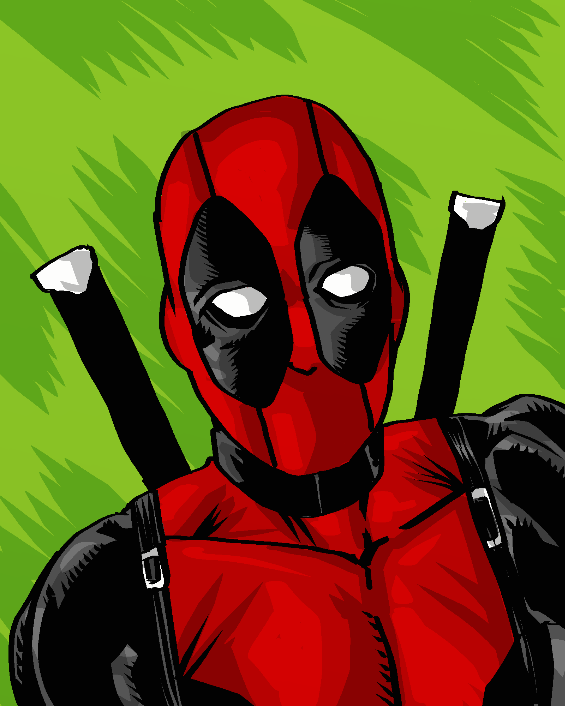 Saw Deadpool over the weekend. It was a packed theater, especially for first thing Sunday morning. Tensions (mine) were high. Was pretty sure I was gonna have to – at the very least – yell at/murder a person. When the insipid and awful trailers played, I was fairly certain everthing was building up to that point. Then I noticed it.

In a nearly full theater, the only seats I could find near the back, sitting directly in the row in front of me: a (maybe? maaaayyyyybe?) five year old girl, clutching a doll.

If you know me, I’m fully of the mind that children are far more capable of handling things – especially a “hard” R-rated action comedy – that society seems to want to coddle and hide from children. Somewhere along the line, we’ve gotten this weird thing about kids and how fragile they are and every little “adult” thing in the world is going to shatter their rotten little fucking minds and souls (this is a lie, children have no souls). I feel like these are the exceptions rather than the rules. In the end, I think every parent should know their child enough to know whether or not they can handle watching extreme violence, hear swearing or see sex. My mom let me watch all sorts of percieved “horrible” things, and I think I’m mostly fine for it. Hell, my nasty swearing habit came from my mom, and sometimes it was bilingual.

So I see this little kid. I’m not thinking “oh these terrible parents bringing their precious, innocent child to such a violent, sweary, sex-laden film!” I’m thinking “fuck, this kid is gonna cry, scream, talk and be an annoying fuckshit of a shitfuck fucktard babyshit and ruin my day.” Because most parents are terrible, but not because they’ve brought a child to a rated-r movie, but because they let their kids cry, scream, talk and be obnoxious coddled fucks.

But this little girl was perfectly behaved. She sat and watched the movie without a peep or a stir. I did find it weird, though, the parents (mom) let her watch, but during the fairly raunchy (and funny) sex scenes, mom pushed the daughters head down to look at the floor. Just found it weird, and totally American, that THAT was the thing she wouldn’t let the girl see.

And surprisingly, the rest of the audience was pretty good, too. Guy behind me was kind of annoying, but not to the point I felt I needed to yell at him.

So, anyway. Deadpool. It’s a pretty fun, funny movie. Not perfect, not the be-all, end-all. But a load of fun, highly entertaining. I just would like to see an end to all the Rob Liefeld knob-slobbering over the character. Fabian Nicieza gave the character his initial personality, pasted onto a Deathstroke/Spider-Man mash-up costume. Liefeld bailed on X-Force and Deadpool after 12 issues, DP only making a handful appearances throughout that time. The character presented in the movie, and honestly in comics for 20 years, is due to the work of other creators, and only visually has anything in common with Liefeld’s “creation”. I’m not saying he and Nicieza shouldn’t be credited, but the other folks involved in taking a poorly thought-out concept and making him a bankable and well-loved character should be as well.

Stan Lee created the X-Men with Jack Kirby, but neither of them were on that book for long, and the version that everyone loves has nothing to do with them either.