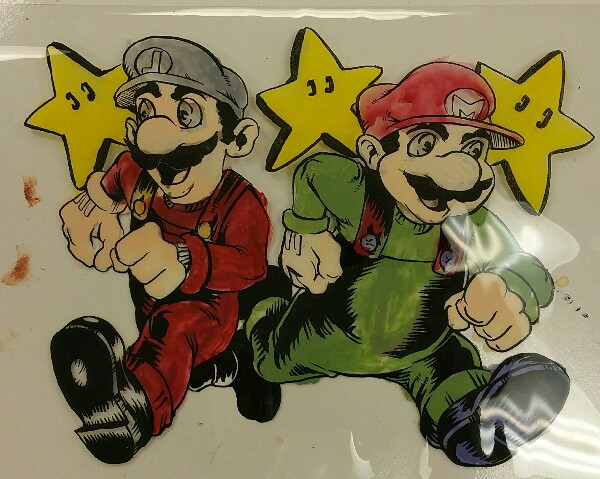 So, for the last year, I have been volunteering on Tuesday nights at an art class for young adults with disabilities and special needs. It’s pretty much the only thing I have in my life that I look forward to anymore and makes me feel mostly human for a few hours. I’ve learned a lot this past year, and I honestly wish I could do this more than just once a week.

So when the teacher of the class told me she wanted to do a superhero-themed project, well, that’s my time to shine. She was having difficulty finding decent images to use, so I asked to draw some for the class to use.

I drew Wonder Woman, Supergirl, Harley Quinn, Wolverine, Batman, and the Mario Bros. She printed the images out on clear acetate, and had the students paint them. I took photos of all their finished projects.

I genuinely think a lot of these are fantastic, and somewhere deep in my dead, blackened and empty soul, is a touch of emotion and pride seeing these. 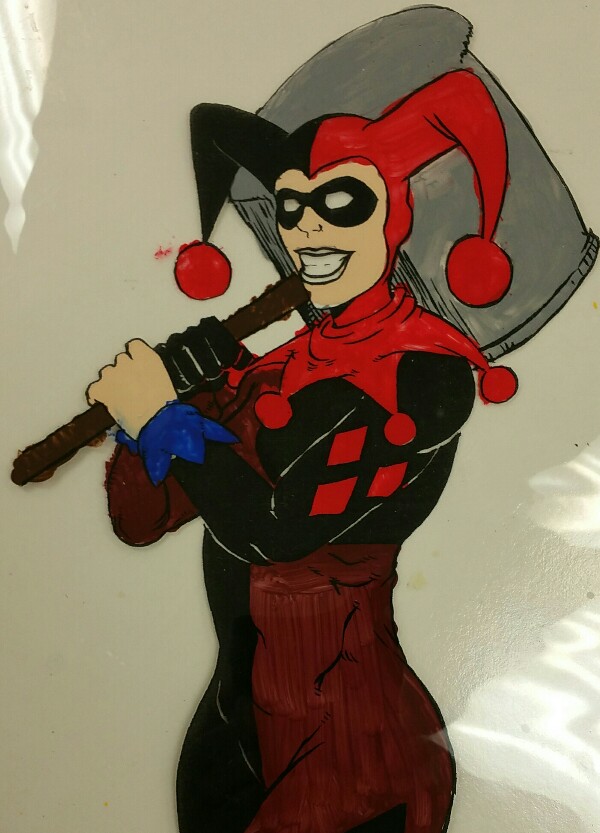 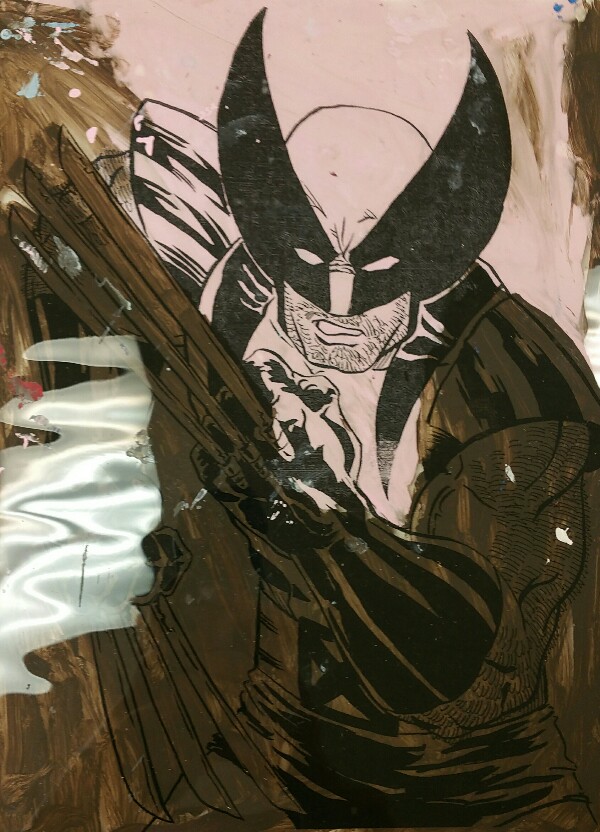 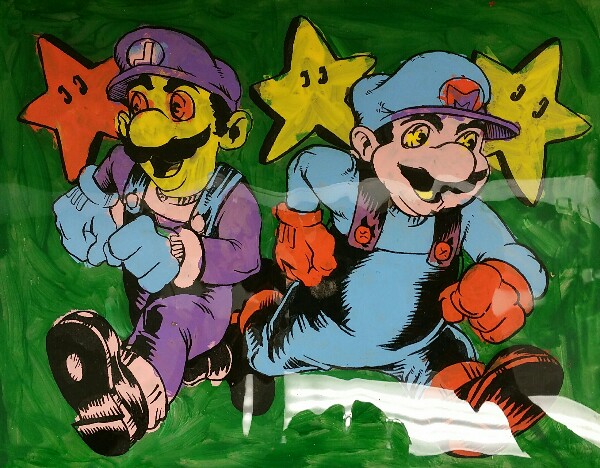 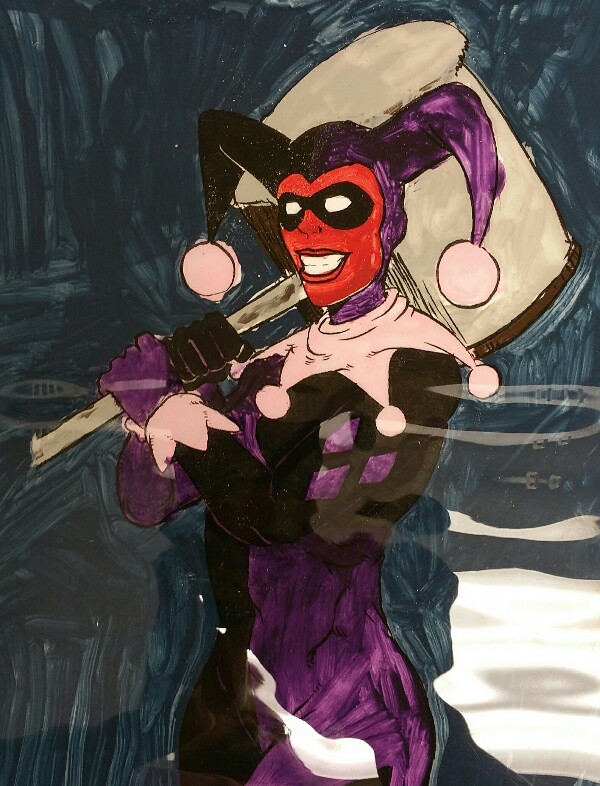 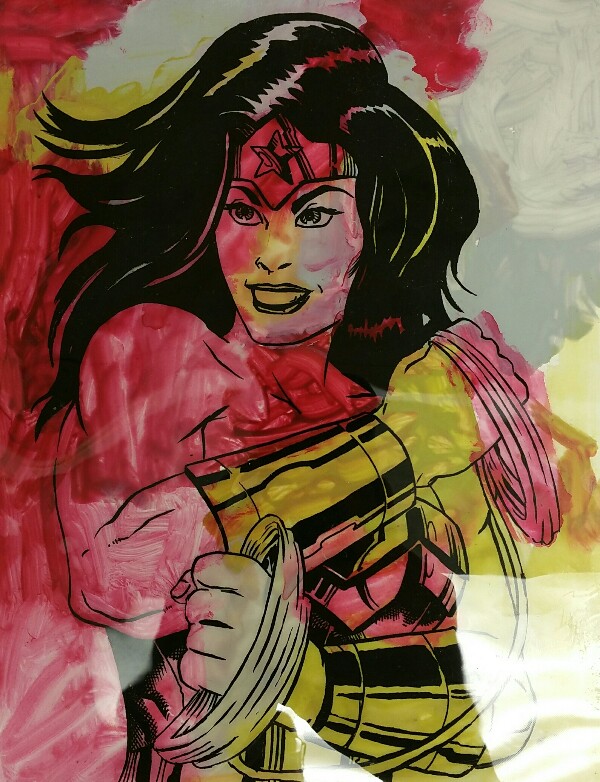 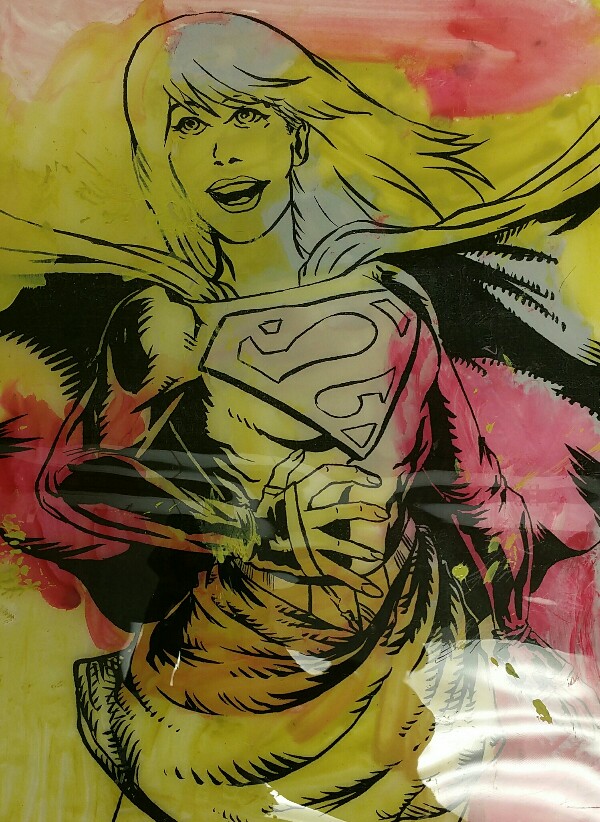 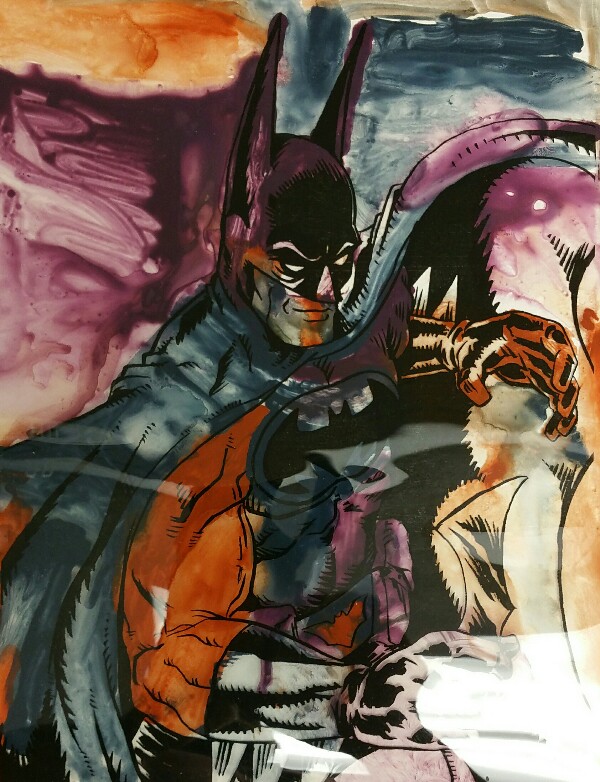 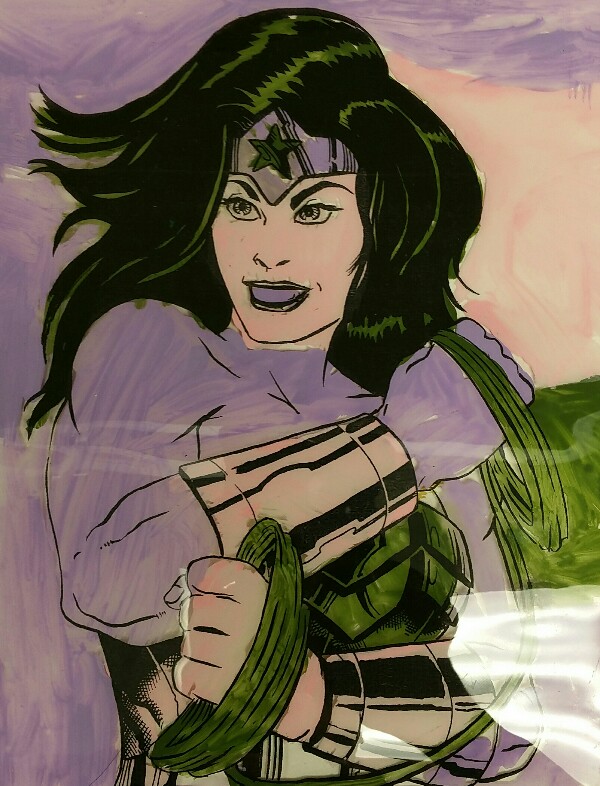 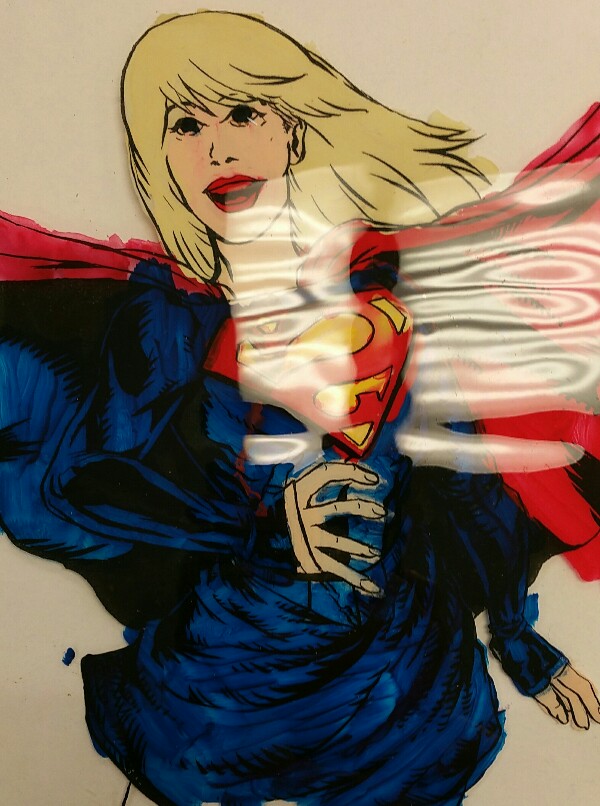 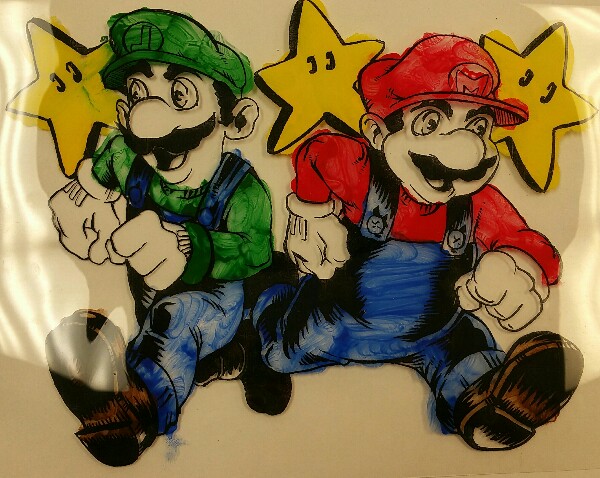 I primarily work with one particular student every week. His name is Paul. I’m not entirely sure what his exact disability is – if I had to guess, I’d say a severe form of downs syndrome. He is non-verbal, low-functioning, he enjoys making fart noises, and getting hugs from ladies. He is awesome. The few times he hasn’t shown up to class, I honestly get a little sad. He and I have developed a routine, a rapport, and even an artistic collaboration style, somewhat. He needs a lot of help getting projects done, usually, but I try to make sure he does a lot on his own when he can, and when I have to do the bulk of it, I still want it to be his project in someway. With this project, he didn’t need any help, and he killed it. These next two paintings are his. I love them, I think his Batman is stellar, and he totally nailed Wolverine. 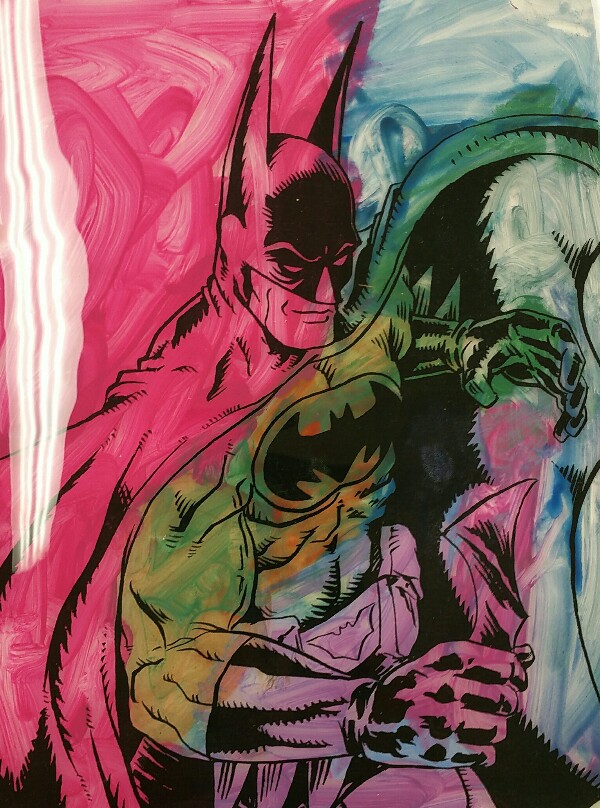 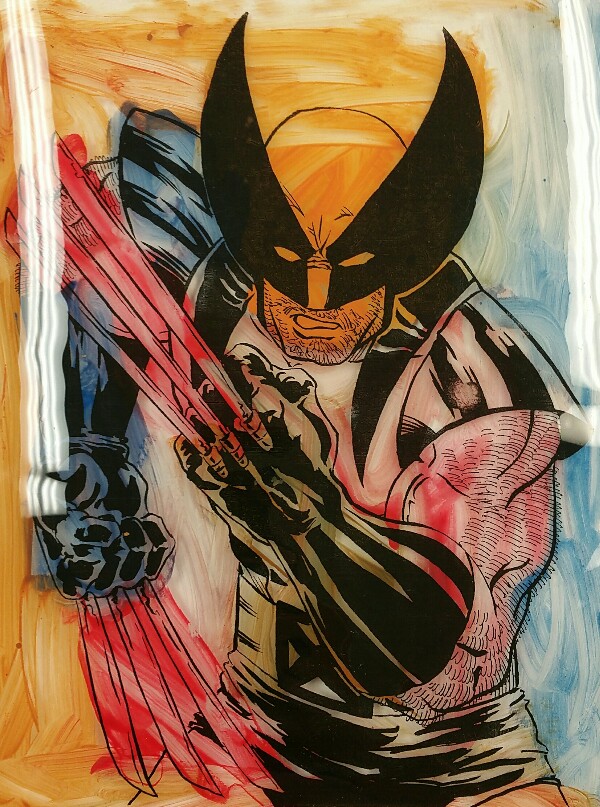 This last one is mine. I like to participate when I can. The projects are mostly simple, but involve media and craft with which I don’t normally work. 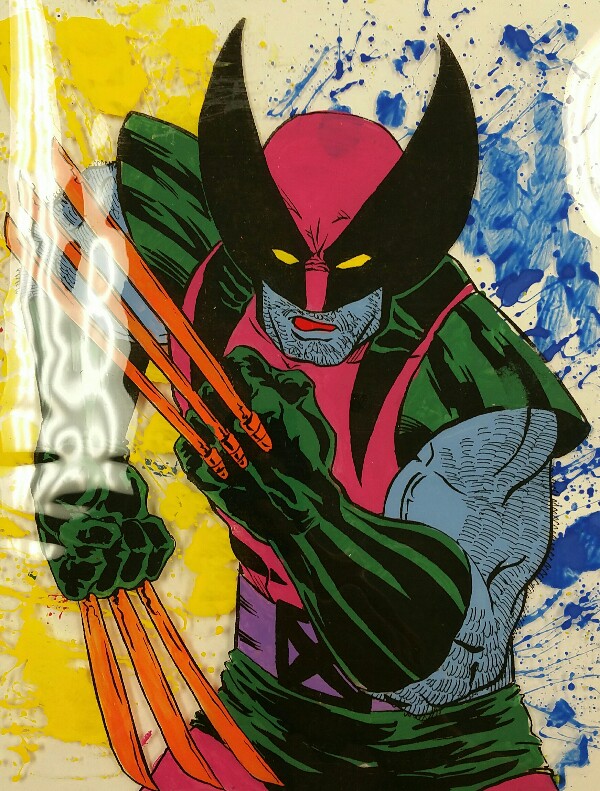