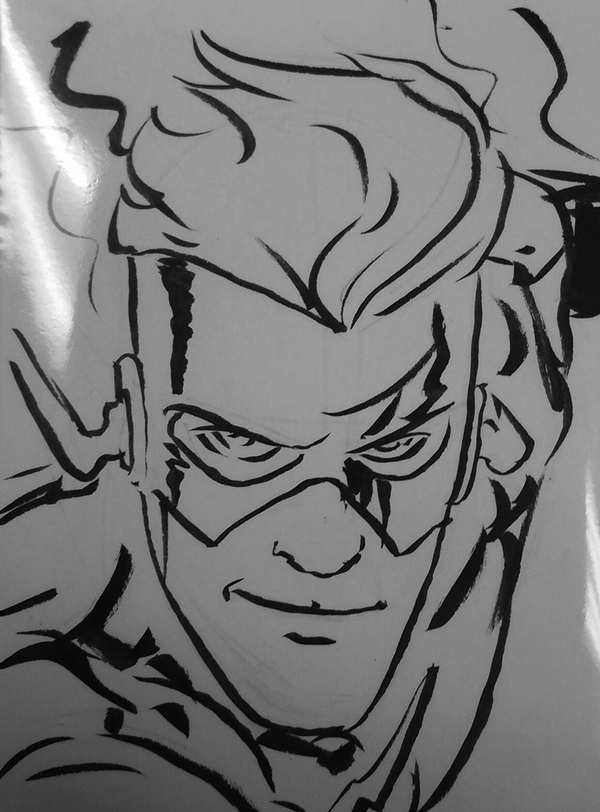 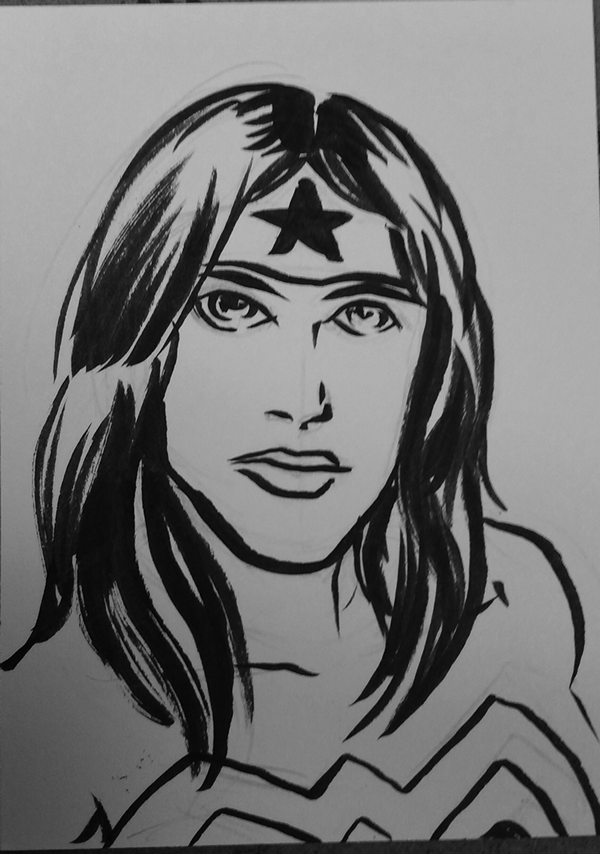 Always Wally. This card actually led to a small bit of awkwardness. Kid requested The Flash, I said cool. I would have drawn Wally West, as I always (Always Wally) do. He then specifically said “Wally West”. I said ok, awesome. But then I stopped. I would argue that the majority of folks, especially those coming in for Free Comic Book Day, only know of Wally West from the tv show. Then I kind of had to dance around the question of “White Wally or Black Wally”. I would have drawn either. But he said, “original Wally, but in his Rebirth costume”. And here we are. Yay for subtle racism!

Wonder Woman was maybe the 4th one I drew that day. It was the best one. Very popular a full month before the movie even opened.