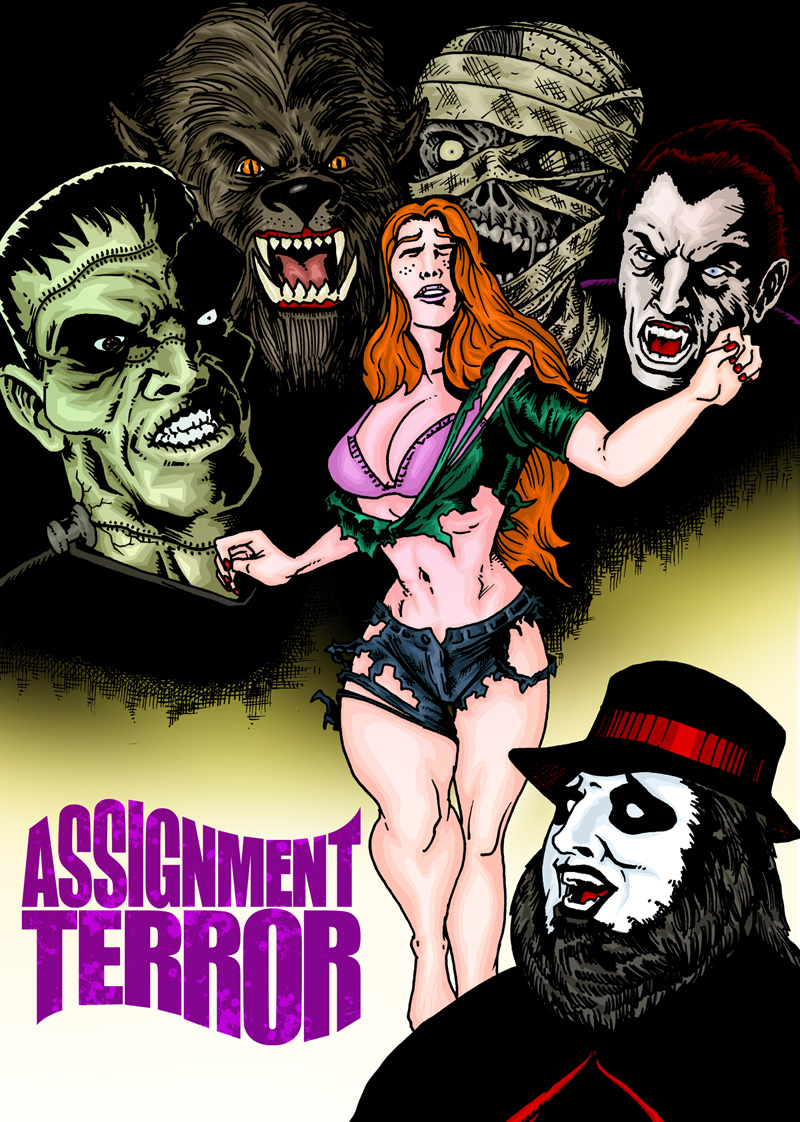 This is a recreation of a movie poster. The original title of the film is called Los Monstruos del Terror, renamed in the U.S.A. as Assignment Terror (sometimes Dracula vs. Frankenstein) and is written by and features Spanish horror star Paul Naschy.

My friend Matt Brassfield is putting together a sort of tribute/charity drive for local Dayton, Ohio television icon Dr. Creep. I think every Dayton artist is contributing a piece of art for each episode of Dr. Creep’s New Shock Theater, a revised version of his old late-night horror show. This is the first of two I’m doing for Matt and Dr. Creep (in case you’re wondering he’s the leering gentleman in the beard and hat at the bottom of the drawing).