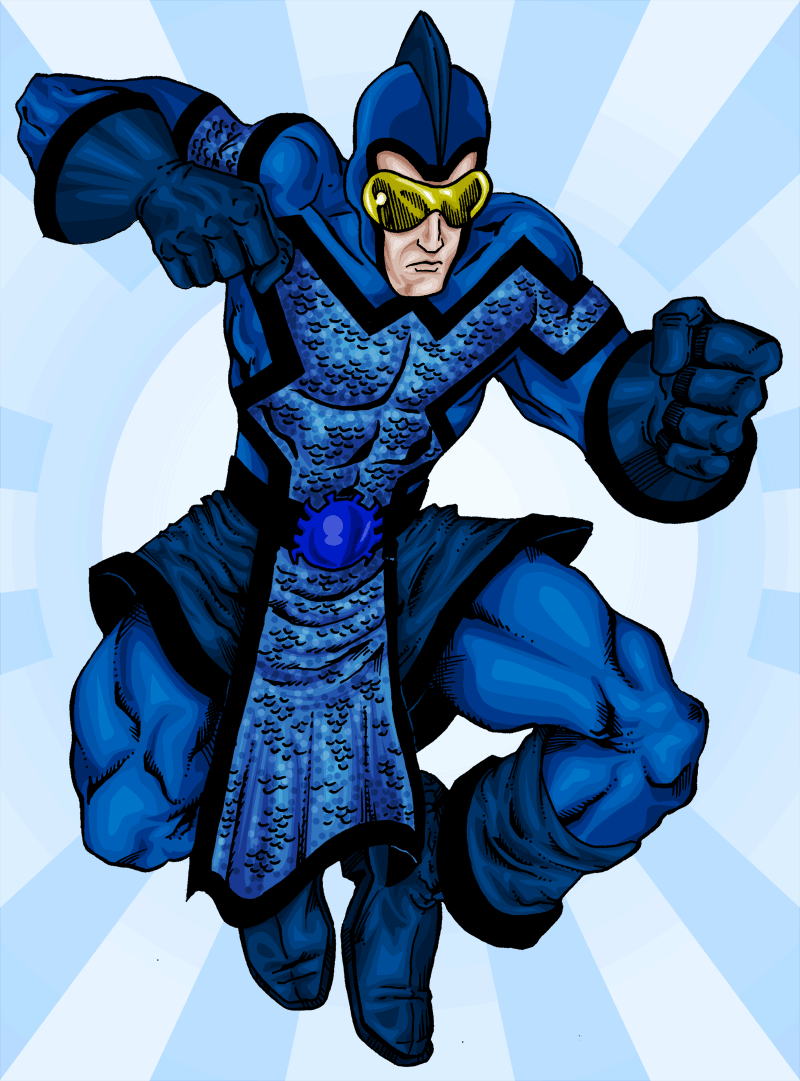 Whoo! 100! Hey, it’s a milestone, let me fucking have it! Seriously, I honestly thought that I would have given up by now. Trust me, I’ve wanted to. Still do! Won’t. But still do.

To celebrate post #100, I did a redesign of the original Blue Beetle – Dan Garrett. I wanted to make his costume look like Ted Kord’s Blue Beetle suit – Kord Blue Beetle being my absolute favorite superhero ever – while maintaining some of the original costume’s elements (scale mail, skirt, fin).

There are Golden Age Blue Beetle radio plays available for free download all over the internet, yet I’ve never bothered to listen them. I’m not sure why. Probably because if he gets shot in the face and never resurrected, I’ll throw a massive shit fit, even in audio form.