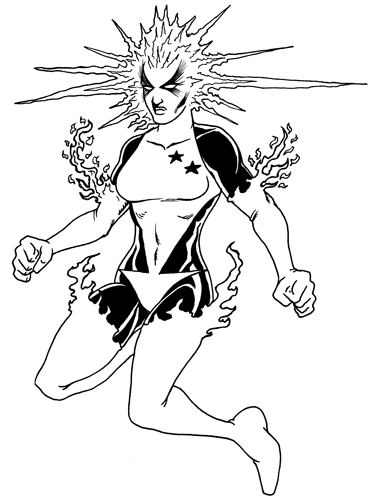 Carol Danvers’ second incarnation (see yesterday’s post), after Rogue wiped her mind and powers, designed by the late, great Dave Cockrum. That guy was the king of sleek modern superhero costume design, and there’s never been anyone that’s come close. Too bad he is gone, and particularly too bad when DC needed him the most.