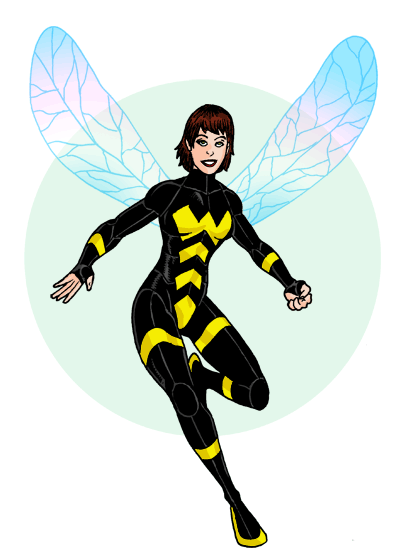 Janet Van Dyne, aka The Wasp, White Anglo Saxon Protestant. Because I don’t care what anyone says, Ultimate Wasp was not an Asian character until it was pointed out in the dialogue that she was an Asian character. Same goes for Jubilee.