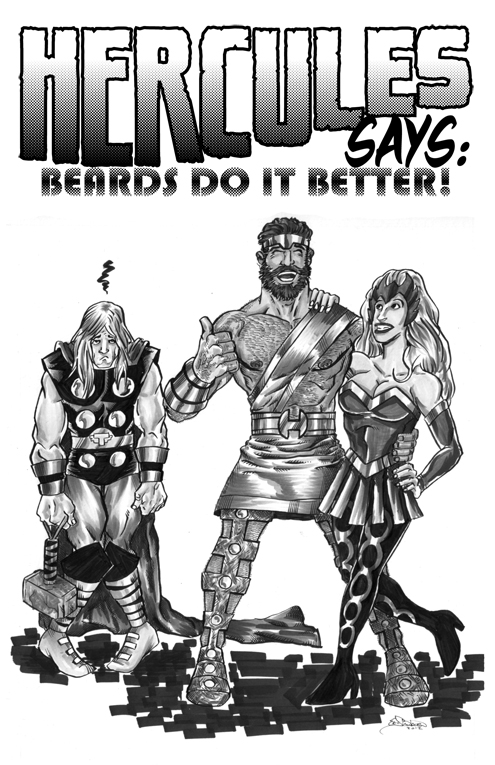 Once again, my friend Stephen Alexander is taking part – along with The Gem City Gentlemen of the Gilded Beard and Beard Team Ohio – in BeardCon. The annual convention, which celebrates beards and those who love beards, is happening on October 6th, 2012 at the Greater Columbus Convention Center in Columbus, Ohio. The Con supports the charity COMAPC – Central Ohio Men Against Prostate Cancer. Every year they hold an auction to raise money for the charity, and this here piece of art will be up on the block. Go check it out.