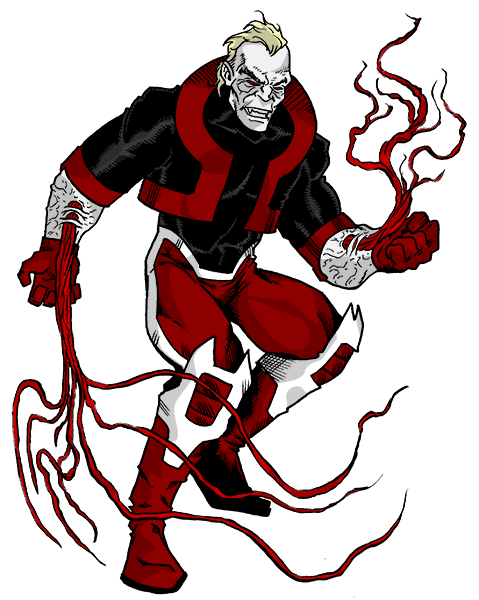 I don’t think I ever read any comics where Omega Red was a major character after his debut. Well, there were a couple issues of Ultimate Spider-Man where Ultimate Omega Red showed up. So anyhoo, he’s a pretty generic guy. But holy shit, when I was 12/13 when he debuted, I was into it. I was into all of it.

I tried to simplify his costume from the 90s excess and I changed the tendrils to be more of an organic, biological thing. I imagine they’d be gross.

My friend and I used to joke that if we’d ever got the chance to write a Wolverine story, it’d be all about him meeting characters that he’s never met before. They’d be complete strangers! Mysterious foes from the present! At the time, it seemed like every character and villain that Wolvie was running into was some mysterious figure from his mysterious past that he couldn’t remember, or he did remember them and they were looking for vengeance, blah, blah, blah, blah boring bullshit fucking blah. For me, Omega Red represents the beginning of that terribly dull trope in Wolverine’s history. But again, as a pre-teen I bought it and I bought as much as I could.