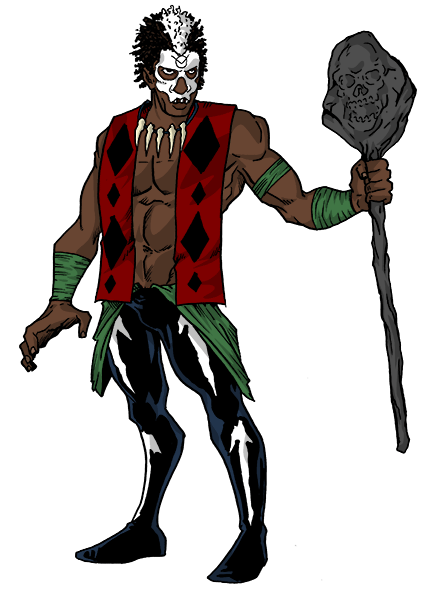 And then I found out while doing this redesign that Brother Voodoo is also a doctor. Psychologist, actually. Fuck me.

Side note: I might kill the guy who sits behind me at work. I have never met anyone with so many annoying tics that manifest all day all the time. He sighs like someone is punching him in the stomach, he coughs like a life-long smoker, he drums on his desk and he types like he’s a piano virtuoso. And he stares at me, unblinking, whenever I walk into the room. I’m gonna snap. I know I it. I can feel it. I’m gonna get fired. And probably go to jail.

Last night I watched The Cabinet of Caligari. Be careful here. Not The Cabinet of Dr. Caligari. This is a movie from the early 60s that has absolutely nothing to do with the 1920s silent German expressionist film. This is a movie about a woman held prisoner in a sinister doctor’s mansion written by Psycho‘s Robert Bloch. Near the very end of the film, the set turns into the sets from the original “Caligari”, but that is the only connection. It also features the most irritatingly voiced, annoying, unlikeable lead character I’ve seen in a film. It’s not a bad movie, but it’s perfectly avoidable. You’ve seen hundreds of movies with the exact same twist this one presents, so seriously, just avoid it.