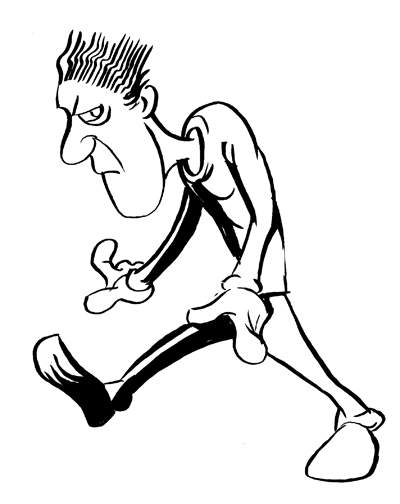 There’s nothing to say about this.

I did, however, pick up a stack of comics, and felt like giving some encapsulated reviews of the ones I’ve read, most of which are from the The New DC 52.

First things first, Justice League. Joe Grunenwald and I reviewed the first issue as a special bonus episode of League Night. Check out the full review there, but I will say it was one of the most humorless, cliche-filled disappointments ever published, with stagnant bland art and nothing to be interested in.

I also read, Hannibal Tabu style, Detective Comics. Over at my other podcast, Gutter Trash, I recently declared Evil Ernie: War of the Dead to be the worst comic I’d ever read. Detective Comics # 1 came close to dethroning it. It’s a horrible mess of eye-gouging art, sub-intelligent writing and dialogue, unclear storytelling, and every terrible mish-mash of the “dark, twisted loner” Batman that I’ve come to despise, with a terrible “shock” ending that really demonstrates how low-common denominator this book is.

I never had any intention of reading those books, and may possibly be biased against them from the jump.

So, onto books I actually wanted read:

Demon Knights: The weakest of the stack I bought, so far. The art is mediocre, and I do like Paul Cornell’s work. It reminded me of a medieval version of his work on Captain Britian and the MI:13, and sadly just made me wish that book was still around, instead of really wanting to pick up #2 of D.K. I like the characters involved in this book, but there was something lackluster about the entire package, and the art turned me off.

Resurrection Man: The second weakest book I’ve read yet. The art is fine, if inconsistent, and I love the central concept of the character. It’s a book I missed out on in it’s initial run, and this first issue made me want to track down the previous series. Unfortunately I don’t have much interest in picking up a second issue of this series. But I might be willing to give this a few more based on Abnett & Lanning’s track record.

Swamp Thing: I really dug this. While I felt Superman’s appearance seemed out of place, I like the atmosphere of the story, and the art was fantastic. Being a long-time Swamp Thing fan, I was worried about the sort-of backtracking on Alan Moore’s story, but Scott Snyder pulled it off well, and I’ll definitely be on for issue 2.

O.M.A.C.: This is one I was really looking forward to. Keith Giffen channeling Kirby, and it was fantastic. It was a bombastic, action packed first issue with a ton of setup and delivery. My favorite book, so far.

Action Comics: A really strongly written issue, some inconsistent, but good art. I’m pretty much on board with this book no matter what, so in many ways, the opposite of Detective and JL.

Ultimate Spider-Man: It’s a pretty light issue, but there are enough seeds planted to keep me coming back. Bendis has a knack for writing comics in where not much happens, but I’m never mad about it. So far, Mile Morales seems to not be just Brown Peter Parker, and I couldn’t be happier about that.

Not that anyone cared. Whatever. Go fuck yourselves.