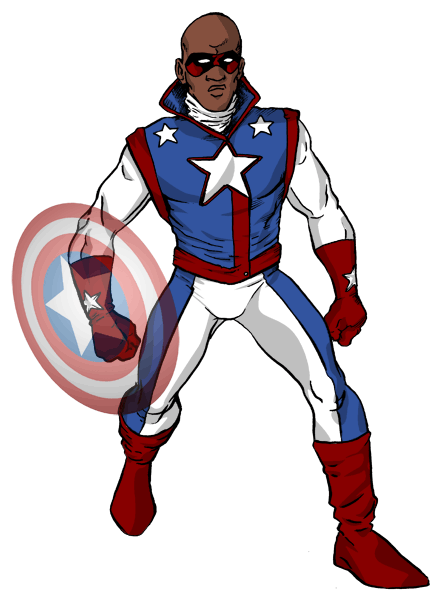 Same problem with Captain America,every variation of the patriotic superhero costume has been done. That and I’ve really liked both of Patriot’s costumes from “Young Avengers”. I’m not sure what’s happened to the character.

I gave him Cap’s energy shield thing from back in the mid 90s, during one of Mark Waid’s run. Can’t remember if it was pre or post Heroes Reborn.

Posting this super-early from the hospital as my Dad checks in to surgery.