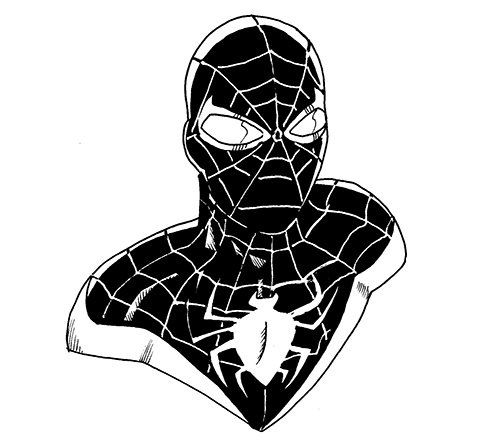 The Ultimate/Miles Morales variety. Still a fine book, if not completely dragged down by Marvel not having any clue what to do with the Ultimate line of comics. Hopefully the upcoming relaunch helps stabilize some stuff.

Last night, in my crushing loneliness, I was looking for a completely insane and gory horror movie in the vein of Martyrs or Inside. I wound up watching the British political comedy In the Loop instead. It was pretty great, and I’m definitely going to be checking out the TV series The Thick of It of which the movie is an extension of.

I watched the RoboCop remake today. Y’know, I was 9 when the original RoboCop came out. Back then, I didn’t think or care about the satire or comedic aspects of that movie. All I cared about was a giant fucking Robotic Police Officer fuckin’ shit up. All I cared about was that it was fucking bad-ass and violent and just absolute brain candy to a kid like me. The original absolutely still holds up, and yes, I can appreciate the subtext and satire of it. So the new RoboCop movie. It’s not satirical, it’s not a dark comedy, and it certainly isn’t as insanely violent and over the top. There are some interesting themes explored, but ultimately, when it comes down to it, I just want to a Cop who is also a Robot, doing Robot Cop stuff. And that’s what I got. It’s not a perfect movie, and it could be about 20 minutes shorter, but it was highly enjoyable and entertaining and full of great actors. I would like to see a sequel.