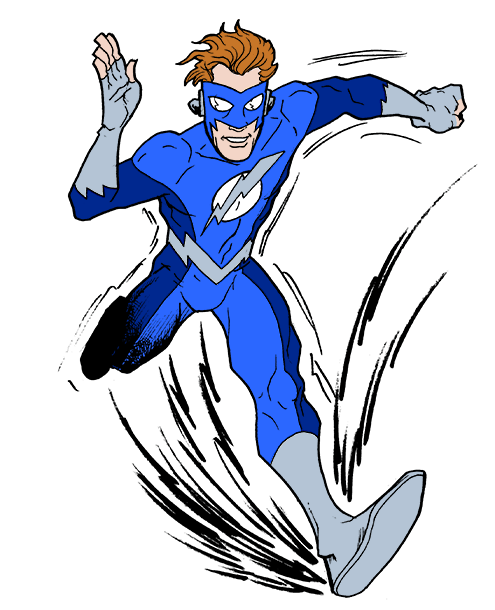 Lotsa talk about Wally West making his New 52 debut in a few months. The cover of his reappearance features a blue-clad Flash-like guy, but it might not be Wally. Mayhaps Wally is being set up to be the new Kid Flash again? I dunno. I do know that it will most likely be fucking awful because that is 98% of what DC Comics publishes anymore: Fucking Awful. Which is why the news of Ted Kord also returning to the DC Universe caused me to have some sort of nerd hemmorage the other night. On one hand, Ted Kord’s coming back, and that’s my favorite DC superhero, on the other, it’s DC Comics. And as already established: Fucking Awful.

So anyway, I liked the episode of the Flash TV series when Barry got cloned and his clone wore a blue costume, which is what I was reminded of by that upcoming Flash cover reintroducing Wally, so I redesigned a Blue-toned Wally Kid Flash because I said so.