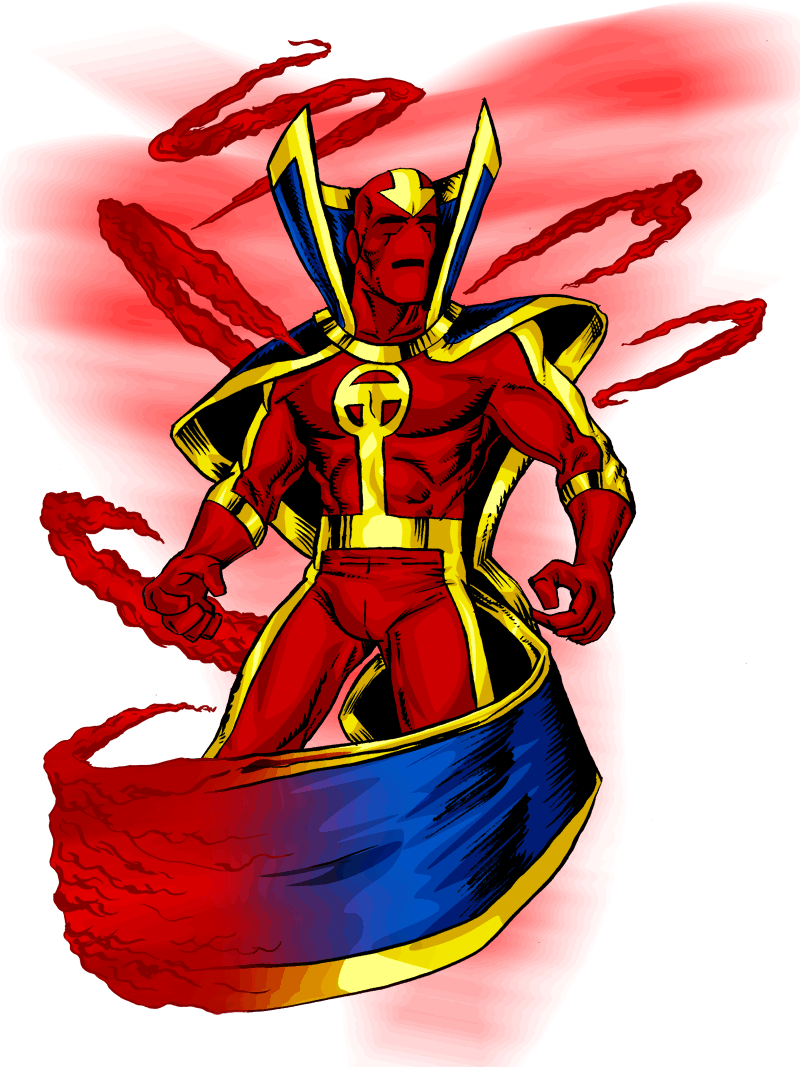 I can’t point to any reason or example of why I like Red Tornado, but I do. It’s weird. I don’t think I even own a single comic with him in it. The closest thing I can think of is the episode of Batman: Brave and the Bold where he builds a son who turns evil and then has to destroy him. But that’s pretty recent, and my like of R.T. existed long before that.

Firestorm: I’ve read better from Gail Simone, but I have a nostalgic love for Firestorm that will keep me on board for at least a few more issues. This seems to be one of the hardest reboots from the new DC that I’ve read, but that’s okay.

Justice League Dark: I’ve long held the theory that there are two Peter Milligans. There’s the one who wrote Enigma and X-Statix (who is a genius), and then there’s the one who wrote X-Men and Greek Street (who isn’t good). JLD sort of falls in between those two, leaning slightly closer to the genius side, but still far from it. All pieces are there, they’re just waiting to be placed together in the right order. The art is great, and I love that Milligan is writing Shade again, plus an “alt” version of John Constantine. These factors alone will keep me along for the ride for a while.

I, Vampire: I really wanted to like this book simply for it’s underdog status amongst comic fandom. But I just couldn’t get into it. The art is a pale imitation of Jae Lee, and the story is just… I dunno. Vampires. Boring.

The Flash: Sigh. I liked it. I don’t think the art is as amazing as Francis Manapul’s reputation seems to garner, and there’s some sloppy storytelling, but the story was entertaining, intriguing and fun. Goddammit.

All-Star Western: It was fine. It was not as good as some of the random issues of Jonah Hex I had picked up over the years, but it wasn’t awful by any means. I’m not a huge fan of the premise, but mostly because I read a far superior version of this story in the most recent Billy the Kid’s Old Timey Oddities series. I’ll give this a few more issues. Mostly it just made me want to pick up older issues of Palmiotti and Gray’s Hex series.

Funrama: This is a self-published comic by artist Ryan Kelly, who has worked with Brian Wood on Local and New York Five. It’s basically a superhero comic with a dirty, DIY idealogy. It’s fun, light and gorgeous. I recently read an article about how Kelly has a disease in which he is basically in constant excruciating pain, and is going broke due to the medical bills to treat his condition. The very very least I could do was buy his comic and hope my 3 bucks went to good use. I would have bought this book anyway, but at least it didn’t feel like a frivolous purchase.

Swamp Thing: This issue is pretty heavy on exposition, but all my fears about undoing Alan Moore’s work on the character were pretty much put to rest, and also setting up an even better premise than I had imagined from the first issue. I’m really digging this comic so far.

OMAC: Wow. There are rumors that OMAC is going to be one of the first cancelled of the new DC books, and that makes total sense, because this book is fucking great. I think Invincible is one of the only other comics that can pack as much non-stop action in a book and still tell a dense story complete with character development. Plus, an awesome cliffhanger! I’mma miss you when you’re gone, OMAC. I’ll file you away along with my fond memories of Hourman, Chase, Vext, Chronos, Aztek and The Creeper.

Justice League International: …and I’m out. Maybe I’ll check out the issues digitally when the price drops.