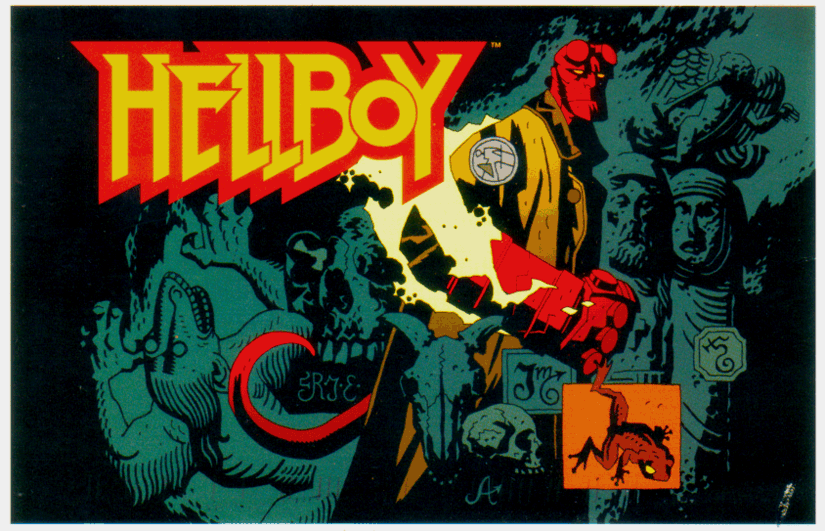 My pal Jason went to Canada last week and attended the Toronto Comic and Art Festival (or whatever). He sent me this bitchin’ Hellboy postcard! I love Hellboy!

I still don’t know if Jason is back yet, or even alive. Oh well.

Oh, and there was some crap on the back too. 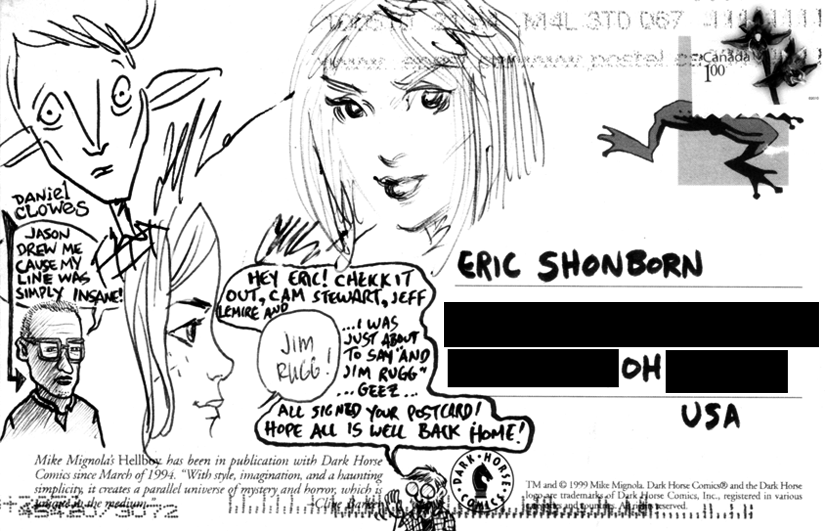 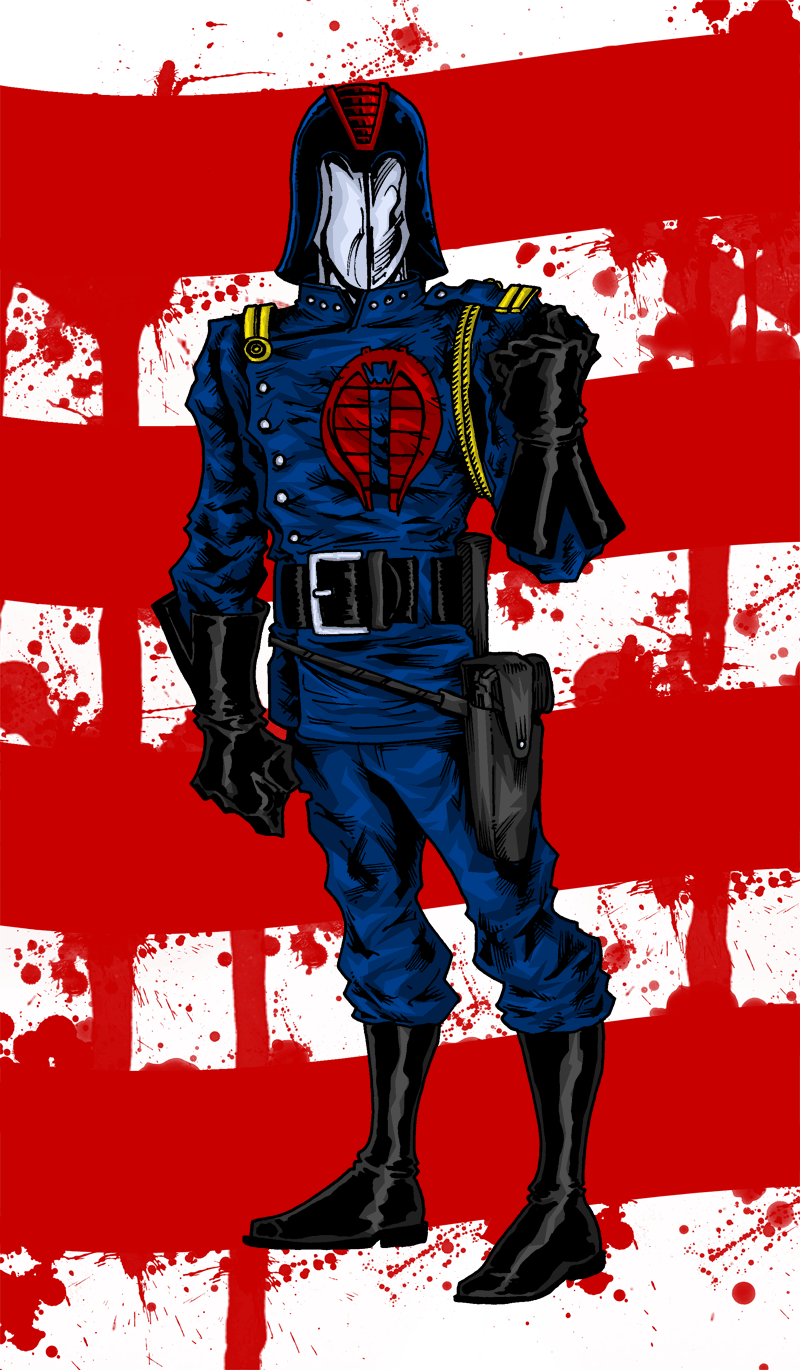 Favorite cartoon villain as a kid. Can’t say I hated him in the movie, because he was barely in it. And I actually liked the movie. Excited for the animated movie to be coming out on blu-ray. Boom.

This week on Gutter Trash: Oldboy and Episodes 1 through 3 of our live SPACE recordings. 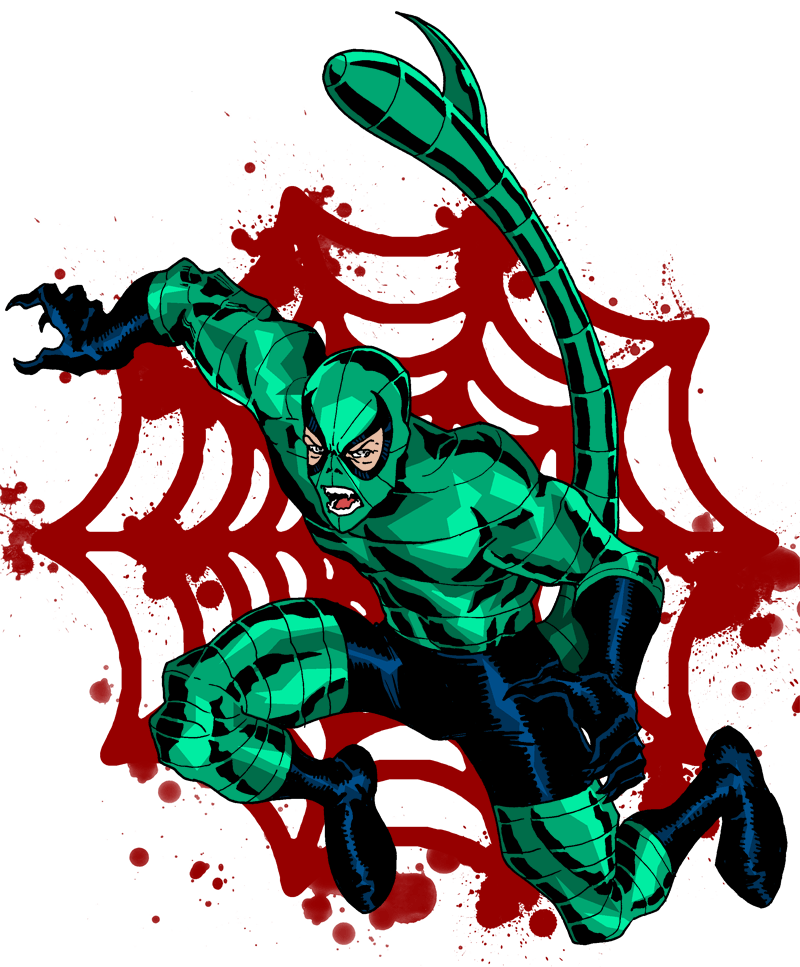 Still trying to draw more Marvel characters and more villains. Spider-Man has one of the best rogues galleries, second only to Batman. Flash comes a close third. Not a fan of Venorpion. Not really a fan of Scorpion either, but it’s a classic look.

This week on Gutter Trash: Other Lives 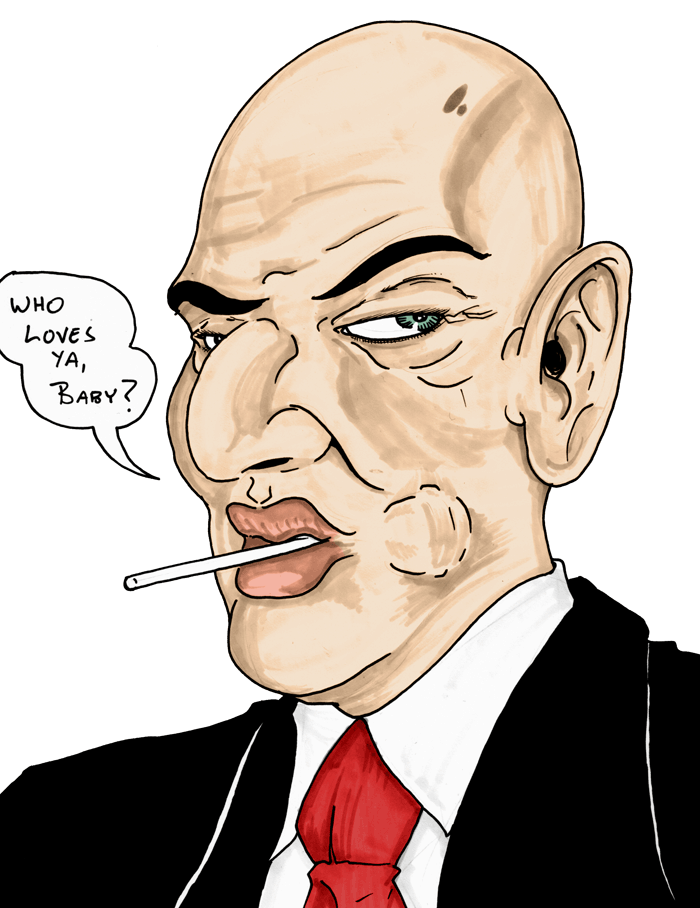 If you would have bet me 100 dollars that Telly Savalas was not in the movie Annie, you’d be 100 dollars richer. I swear to Christ I thought he was in that movie. So when our new Ok, PANIC! topic was revealed to be Little Orphan Annie, all I new about the character was Daddy Warbucks – as played by Telly Savalas. In my head. Apparently that isn’t so, and that made this drawing pointless to the topic. So here we go, one of my few attempts at a caricature of a (formerly) living person, in his most famous role (since apparently he never played Daddy Warbucks), Kojak! Who loves you, indeed?

Anyway, go check out Little Orphan Annie week at Ok, PANIC! to see what I came up with instead, as well as my partners in crime. 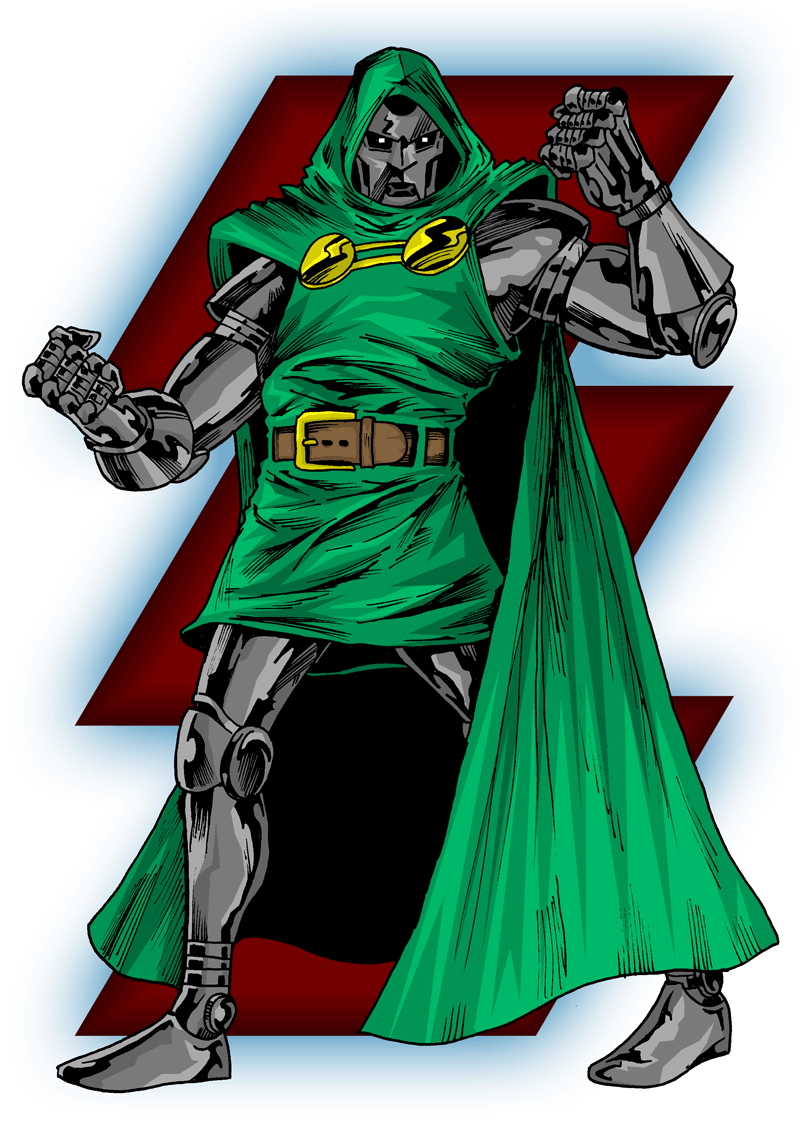 I’ve noticed recently a disturbing lack of supervillain art in my blog. Good villains make good comics. This is a trend I need to reverse. I also noticed an imbalance of DC characters vs. Marvel characters. Also a lack of indie characters, but whatever. I like all comics, and I abhor “fans” who are loyal to one company and badmouth another simply due to – I dunno – being simple minded idiot asshole fucktards. I really really hate comic book fans. You know who you are, assfucks. 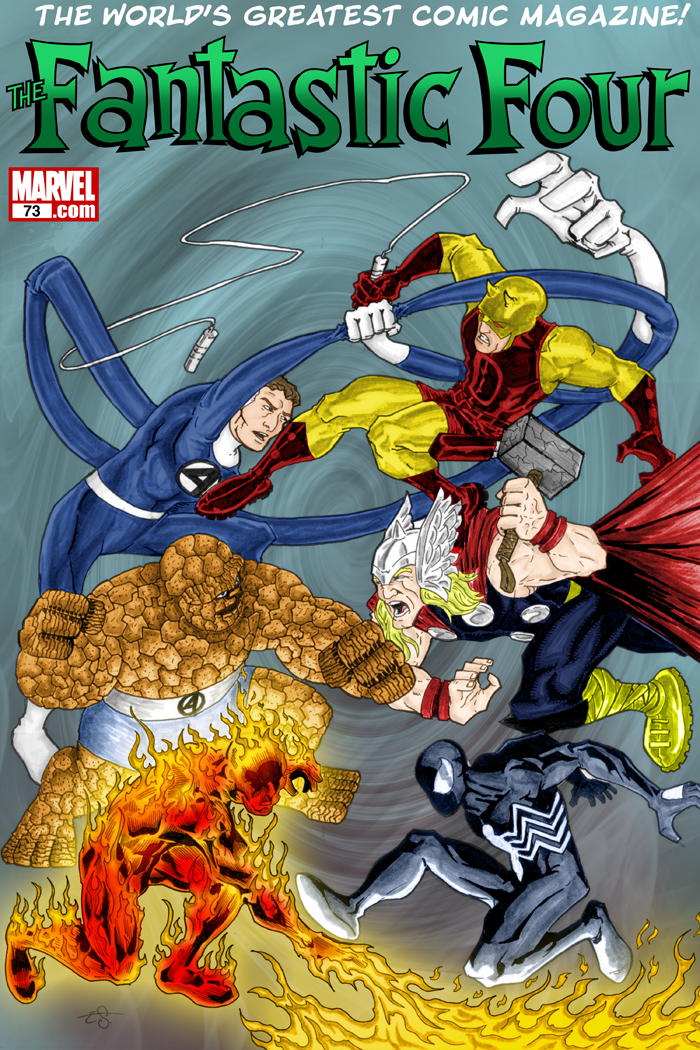 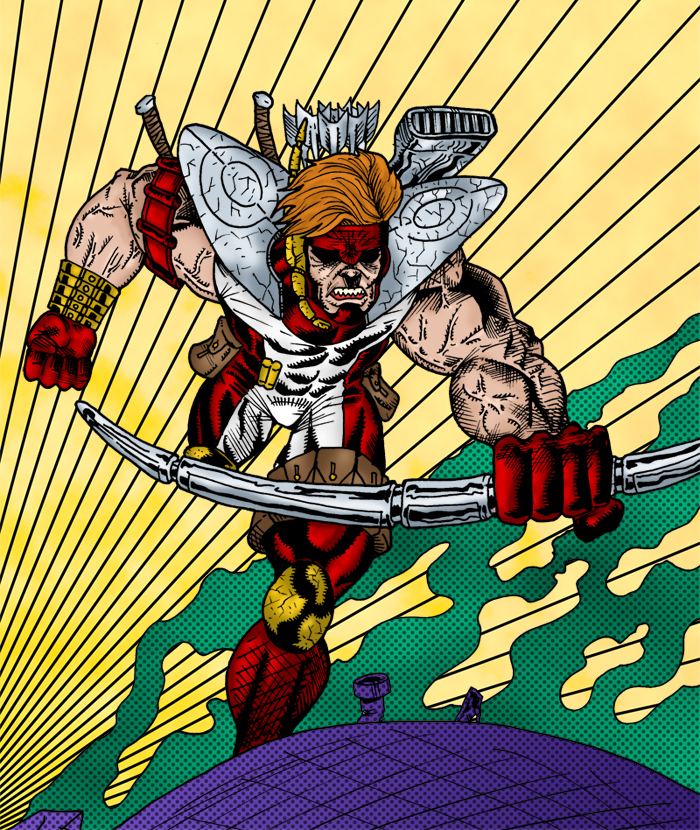 The above drawing is a parody of his worst attributes. When Rob Liefeld was revealed as the topic for this week’s Ok, PANIC!, I drew two pieces. The more respectful companion drawing is over at www.ok-panic.net. I had fun drawing both for different reasons. I’d actually like to draw some more Youngblood characters in the style of the piece on Ok, PANIC!. We’ll see. 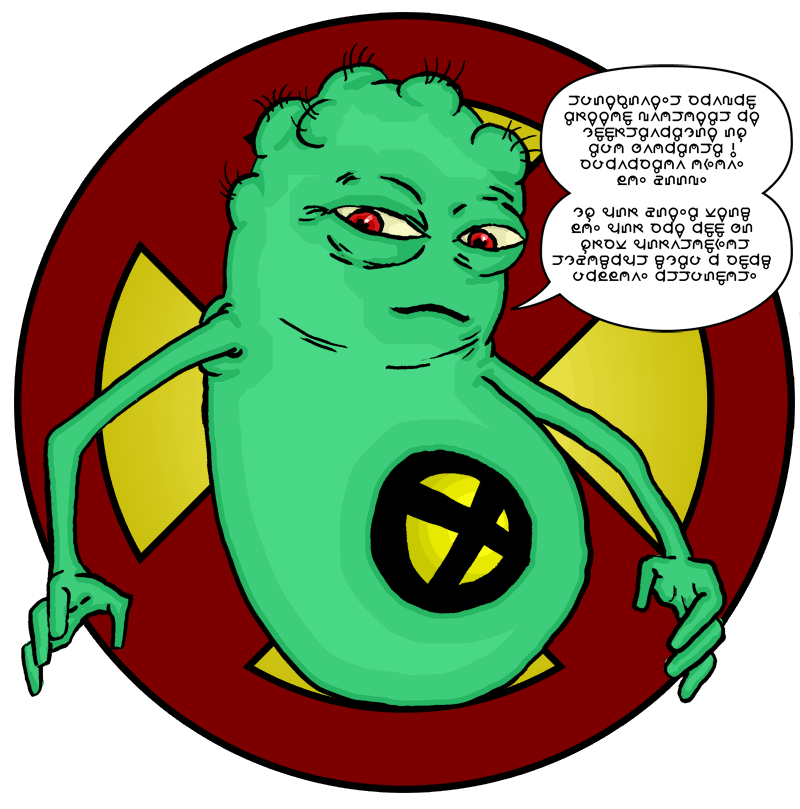 Peter Milligan is one of my favorite writers*, Mike Allred is one of my all-time comic heroes, and together they created a run of X-Men related books that were so unique and so different and so “Fuck You, X-Men fans” that it will never be topped. Even Grant Morrison’s run on the X-Men couldn’t do it (comes really close, though). It’s also pretty much why me and maybe five other people actually liked and read the book, and all other X-Fans out there hated it so much. Well fuck ’em and their ******** ways, and fuck the X-Men franchise until even a fraction of their former awesomeness is injected back into the line. 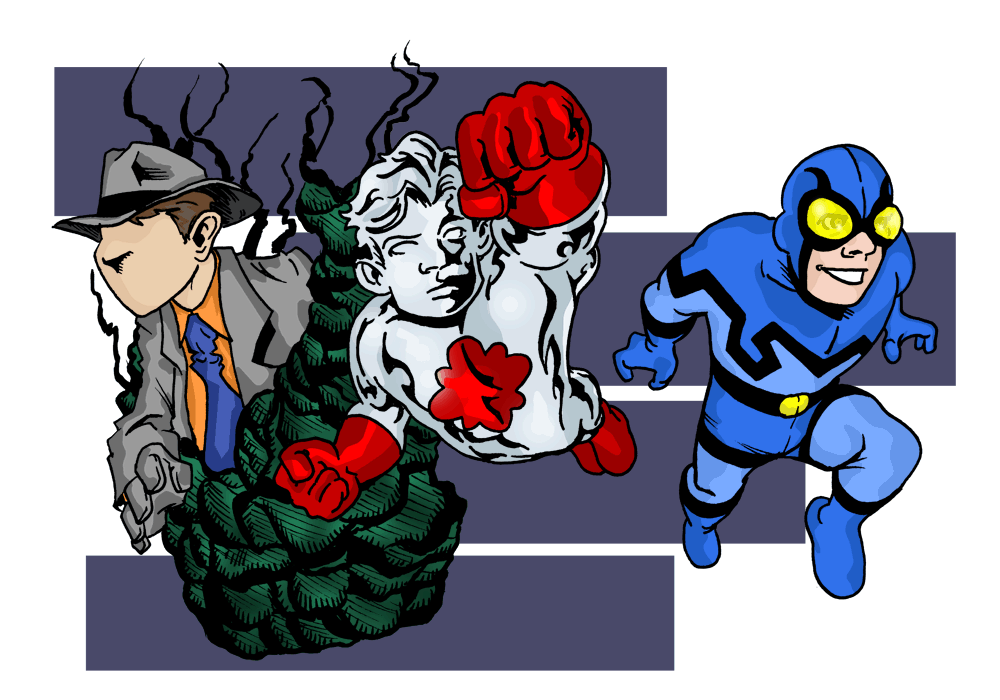 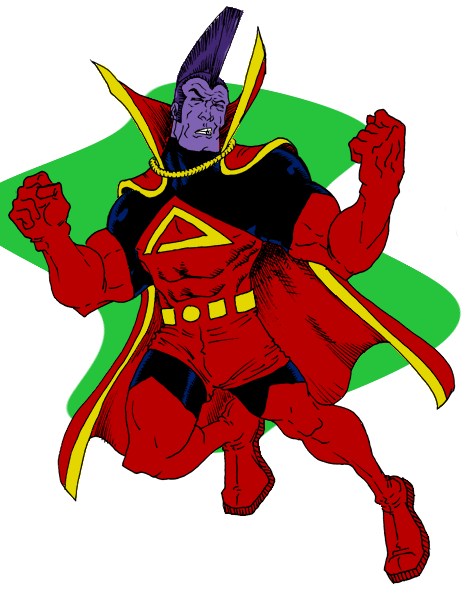